Cop before it's too late... New Balance is on the rise. Rarely has a brand seen such a crazy gain in hype and popularity in such a short time span. With a general trend toward high-quality footwear, Nike and Adidas just can’t keep up with NB’s handcrafted and premium quality footwear anymore. The last months have brought about many insane collaborations between New Balance and emerging artists, designers, and brands. Along with this, iconic silhouettes have been reinvented, and new models have seen the light of day.

We round off the Top 4 New Balance silhouettes that are making waves in 2022. Starting off with a silhouette that is essentially a perfect blend of older New Balance editions, the New Balance XC-72 is one of the most futuristic sneakers currently available. The sneaker features a vertically split rubber traction outsole, combining the grip of the XC-15 and 375, two older silhouettes by the brand. Inspired by 1970’s concept cars, the sneaker combines past and future, a postmodern approach to footwear. The future that the past dreamed about. What makes this sneaker so aesthetically special is the traction outsole creeping onto the upper, wrapping itself around the recycled mesh. Combining outsole and mudguard into one piece adds an artistic flow and extravagance to the silhouette.

The sneaker initially released as a limited collab with luxury label Casablanca, before seeing the light of day as general releases. While opinions were mixed at first, sneakerheads have begun to appreciate the design-beauty behind this shoe, and its popularity has grown at an unexpected rate. 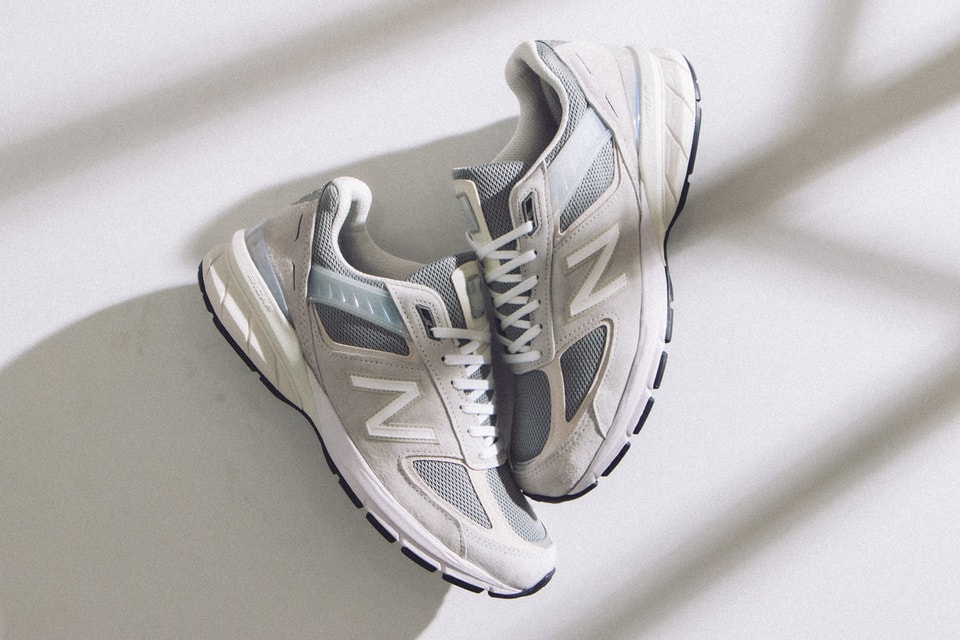 The New Balance 990v lineup has been iconic since its debut in 1982. While the sneaker has definitely changed in terms of material and aesthetics, it seems to have found an overall look with the release of the v3. Since then, the sneaker has only seen minor facelifts and alterations, with the central element of the shoe remaining the same. The 990v-line is special since it has become somewhat of the flagship of New Balance. 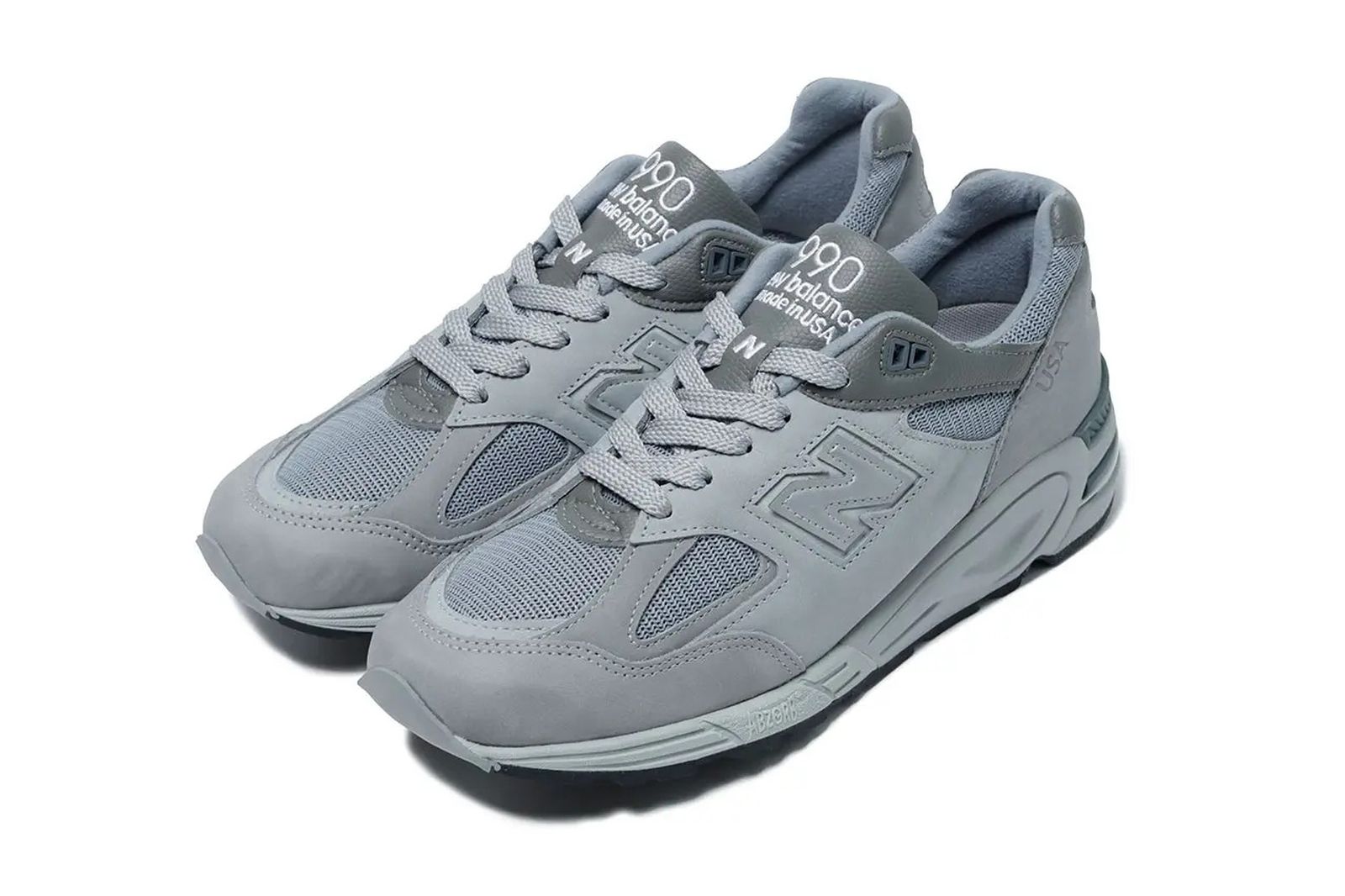 Essentially New Balance’s iPhone, the sneaker is instantly recognizable, and arguably the prototypical representation of a New Balance shoe. With the rise in demand for dad shoes back in 2018, the silhouette saw an immense growth in hype and demand, making its debut in the resell-arena. Since then, the sneaker has become difficult to obtain for retail, especially the special editions and collaborations.

The sneaker deserves a spot on this list, not only because of its flagship status, but because of the gorgeous collaborations it has made possible. From JJJJound’s takes on the v4, to Joe Freshgood or Stussy reinventing the v3, let alone Kith and WTAPS putting their signature on the shoe. The New Balance 990v line is the core of New Balance – quality, utility, luxury, versatility. With the 990v6 releasing soon, we can only wait and see what the future of this beauty has in store for us. Read all about the history of the New Balance 990Vx line HERE. 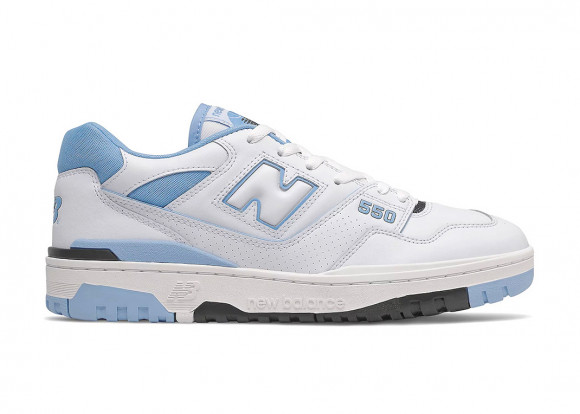 Look. I’ve been in this industry for some time. I’ve seen the epitomes of hype, from the Yeezy to Jordan 1 to the Dunk era. Big brands dedicating their entire budget to marketing and hyping up a silhouette, putting rappers and celebrity’s names on it to push the resell, literally forcing people to love the shoe. And it definitely works.

However – luckily – not all sneaker success stories go like this. When the New Balance 550 was revived by Teddy Santis – owner of Aimé Leon Dore – back in 2020, the world was about to see the most natural hype for a sneaker ever. While Aimé Leon Dore was making a name for themselves through luxurious collections and interesting campaigns, their take on the 550 changed footwear as we know it today. 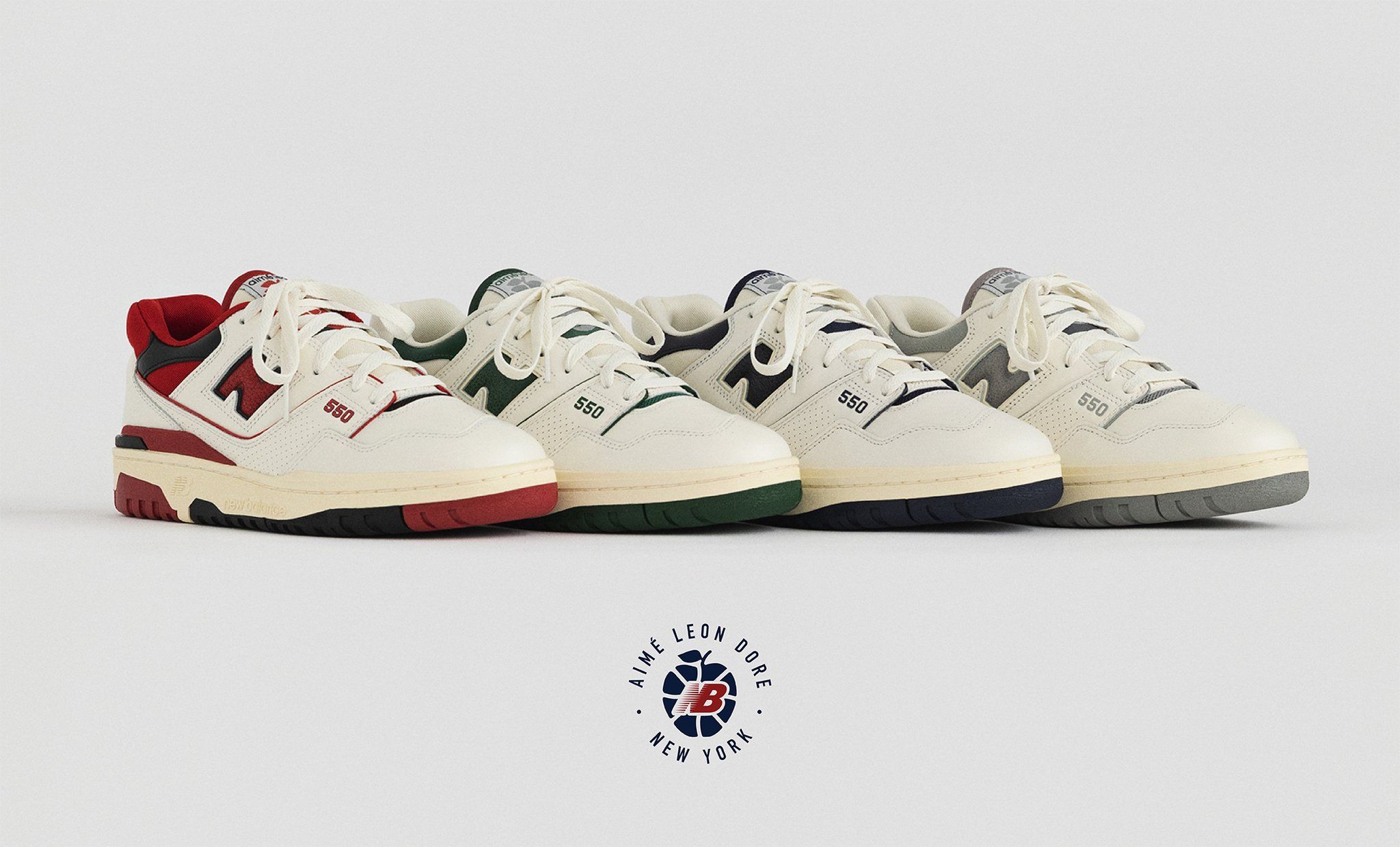 The 550 was originally a basketball silhouette from the late 80’s, but soon disappeared from the market until its revival in 2020. While the general crowd took a while to latch on – due to limited releases and expensive resell prices – general releases soon convinced even the non-sneakerheads of this shoe’s beauty and potential. With the Nike Dunk Low having reached its peak, it was New Balance and the 550 to take over worldwide footwear demand. 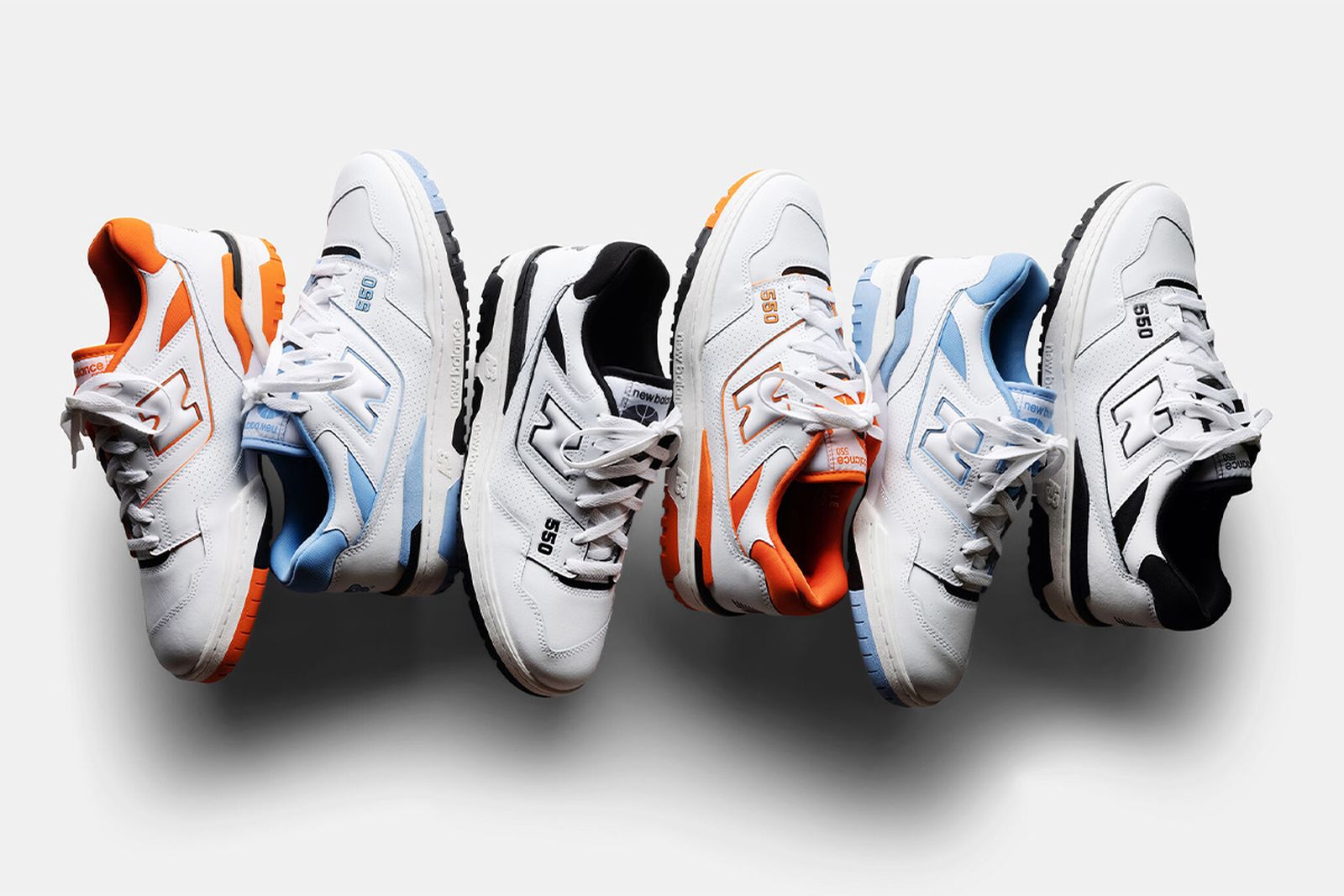 In terms of design, the 550 is somewhat reminiscent of the Air Force 1, with slightly more details, panels, and more switch-ups in materials. Some colorways include premium suede on the upper, while others stick to leather and mesh. This gives New Balance’s design team incredible potential, which they have utilized better than one could imagine. From timeless colourways like the UNC, Chicago, or the Royal Blue, to interesting colour combinations such as the Multicolour or the Rich Paul collab, there hasn’t been a single disappointment from New Balance’s team in terms of colourways.

It’s exciting to see what they have in store for us this year, but until then we can enjoy the ride and try to cop as many 550s as we can! 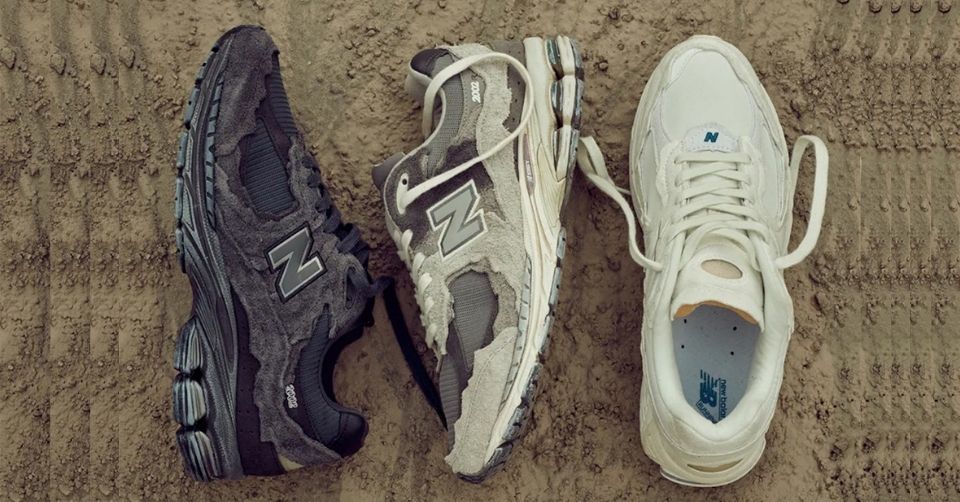 Maybe they called it the Protection Pack because it saved this silhouette. The New Balance 2002R was quite an under-the-radar silhouette, until New Balance Designer Yue Wu took the shoe and completely reinvented it. The “Protection Pack” saw the sneaker in a pre-distressed aesthetic, with distressed suede on the upper, perforated exposed tongues, and imitated wear-marks on the midsole.

While the 3-sneaker collection was originally planned to release as a GR, sneakerheads who got an early glimpse at the collection went absolutely crazy, and the hype went through the roof. All three colourways were near-impossible to cop for retail, stores had to change their release to raffles to accommodate demand, resell prices went exorbitant. The pack ended up winning multiple Sneaker of the Year awards, and has become a grail for many New Balance collectors. 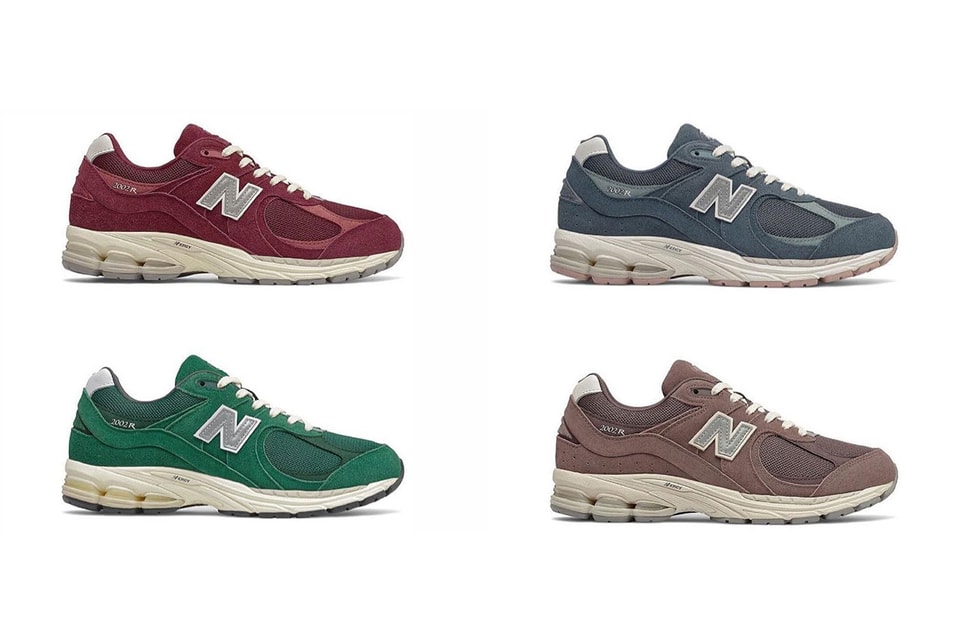 Yet another example of a sneaker that became hyped merely through what it actually has to offer. No celebrity-collab, no excessive demand-creation, no reversed swoosh… the sneaker just looks crazy, and fans needed a pair.

This caused the entire 2002R line-up to gain insane popularity and demand. Since then, New Balance has released more neutral colorways of the sneaker (without the distressed look), but even these have to release through raffles to avoid stores being overwhelmed with demand. The New Balance 2002R went from an undercover, clean silhouette to one of the most popular sneakers currently available. Looking at resell prices, the sneaker doesn’t seem to be slowing down anytime soon, so make sure you cop a pair before it’s impossible!

New Balance is revolutionizing the industry! Which pair is your favourite?