26 March is approaching. An important day for Air Max fanatics and those excited to finally get their long-awaited W's on their favourite Nike Air's.

Why is the Air Max 1 so legendary, what is Air Max Day and what does Nike have in store for us this year? Find out below!

Paris, 1987. Designer Tinker Hatfield stands in front of the famous Centre Pompidou, looks at the exoskeletal build and thinks to himself “I am going to change the sneaker industry”.

Nobody knows whether these were the exact thoughts, but if they were, he surely made his dreams come true! Basically, he fell so strongly in love with the controversial architecture of the building that had placed all structural elements on the outside. He got so inspired by the ‘inside out’ design that would redefine what future shoe-soles will look- and feel like for the upcoming century! 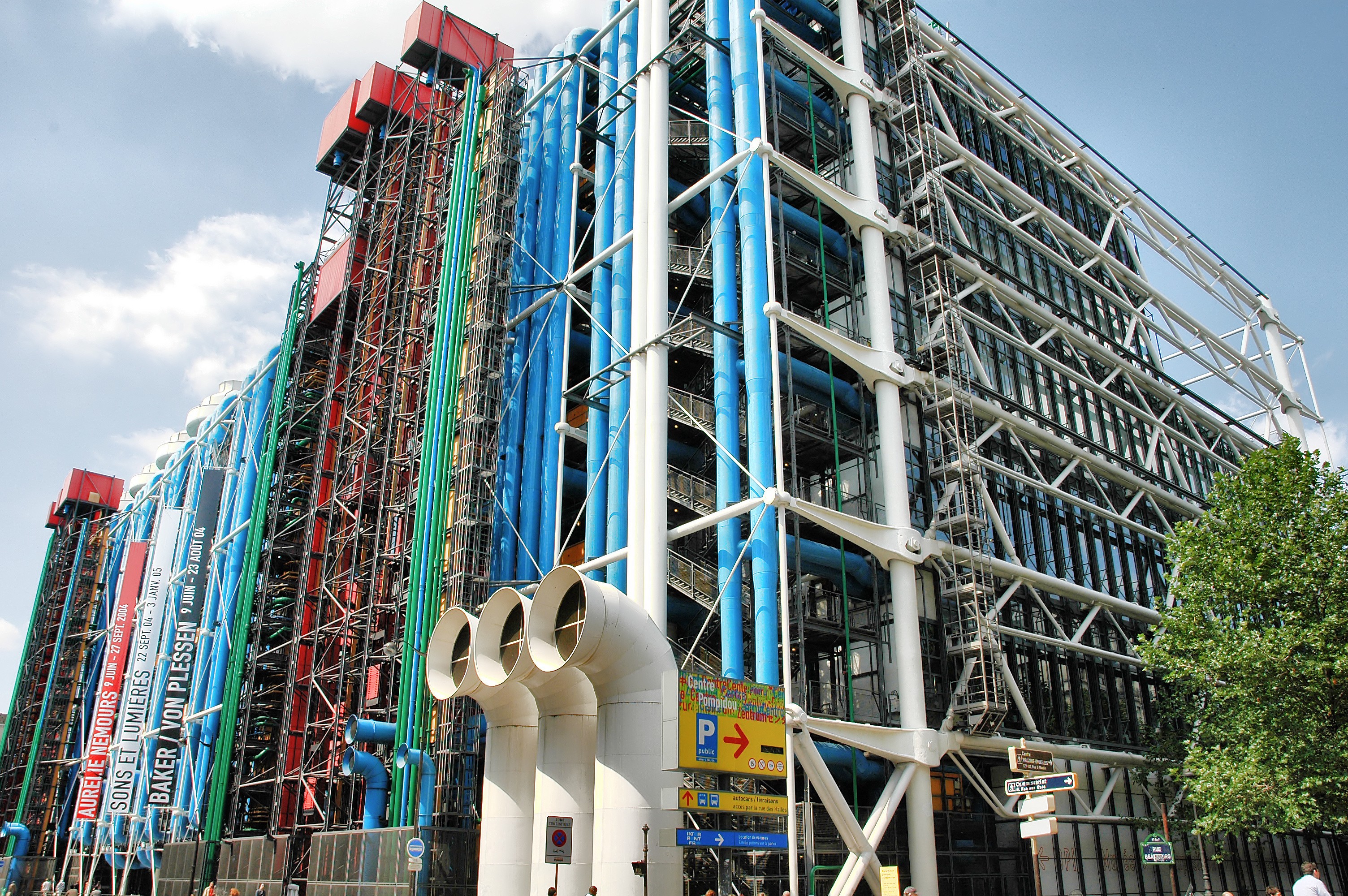 Hatfield returned straight to the studio, and a few weeks later, on 26 March 1987, the Air Max 1 was born. With a sole that revealed the enlarged air bubble, which came unexpected to the mass that was so focused on making the air pouch as small and concealed as possible. Nevertheless, fans were so awed by this visible technology, suddenly they could observe their improved cushioning in real time! The Air Max 1 provided new technology and improved comfort, that’s all sneakerheads ever wanted. 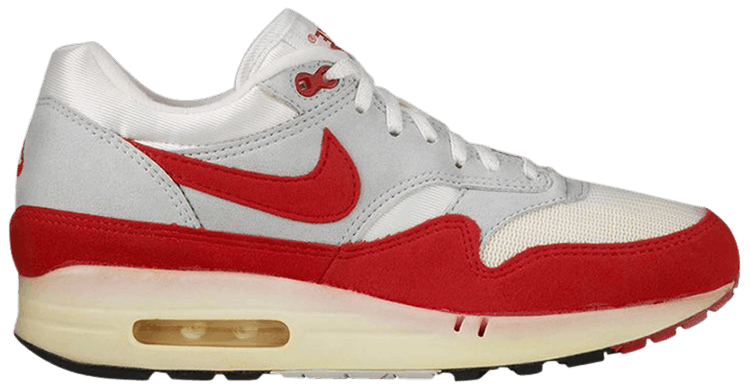 From then on, things started rolling by themselves… Within the next decade, Nike built on the Air technology to release future classics, including the Air Max 90, Air Max 95, Air Max 97, the list goes on. Nike successfully built a foundation that would give them opportunities to retro, re-dye and re-design for the upcoming years to come. And the one silhouette stayed standing throughout, it stayed iconic, it now provides reason for the largest sportswear company in the world to dedicate an entire week to… The Air Max 1.

In 2014, 27 years after its inauguration, the Air Max 1 was re-released on 26 March as a special edition, celebrating the original day of the first release. Nike motivated fans and sneakerheads across the world to post images of their favourite and rarest editions of the renowned sneaker, even creating public events for the community to commemorate this classic shoe. 26 March 2014. Air Max Day was born. 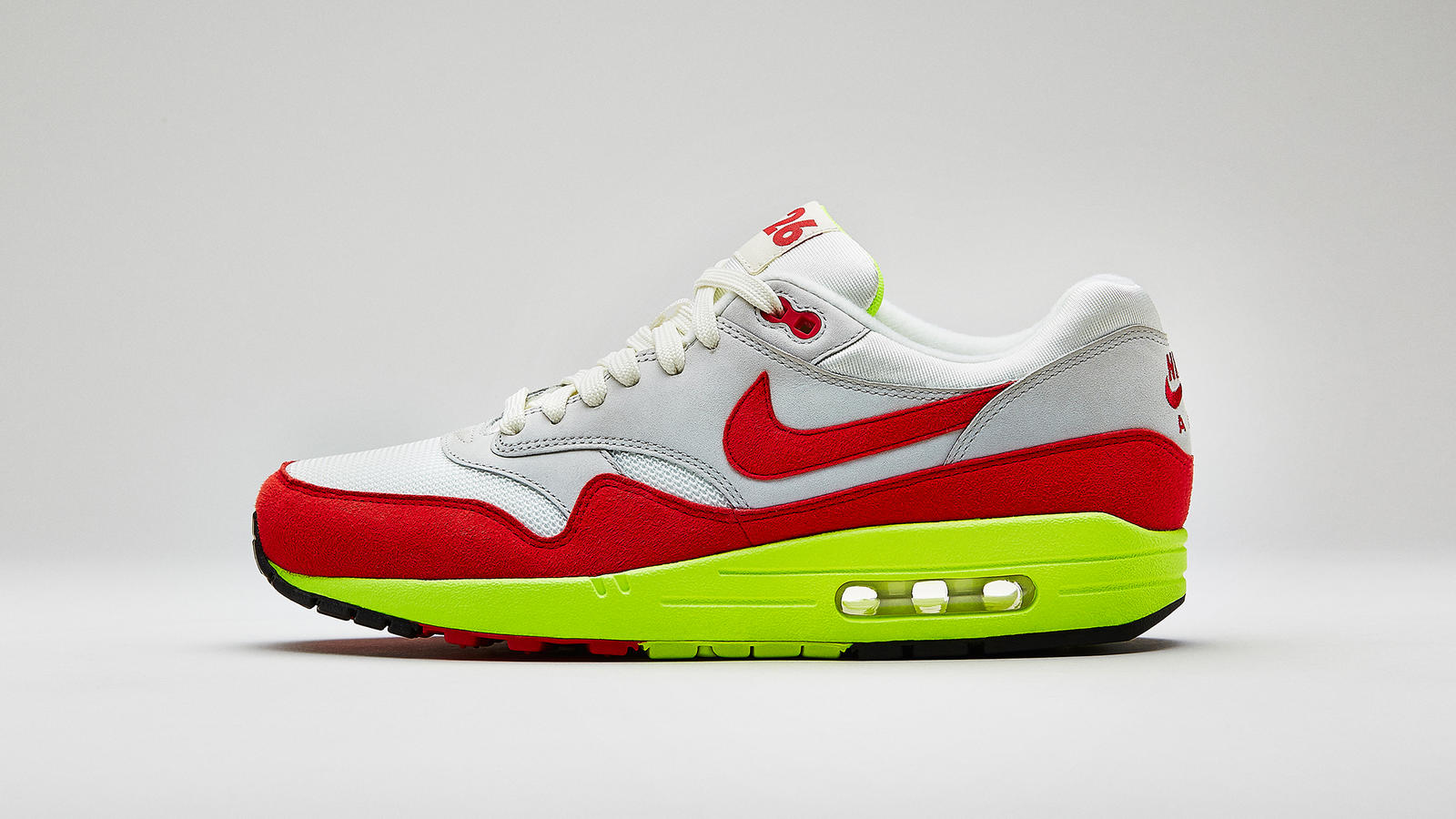 Since then, every year Nike celebrates the iconic silhouette’s birthday by releasing coveted sneakers through interactive events, both off- and online. These have produced the renowned Atmos Nike Air Max 1 ‘Elephant’, the Air Max 1 Master and the first-ever Nike VaporMax silhouette to see the light of day. Even though 2017, as the 30th anniversary, saw an entire month dedicated to the AM1, with popular and sought-after sneaker releases, Nike managed to step up their game in 2018. 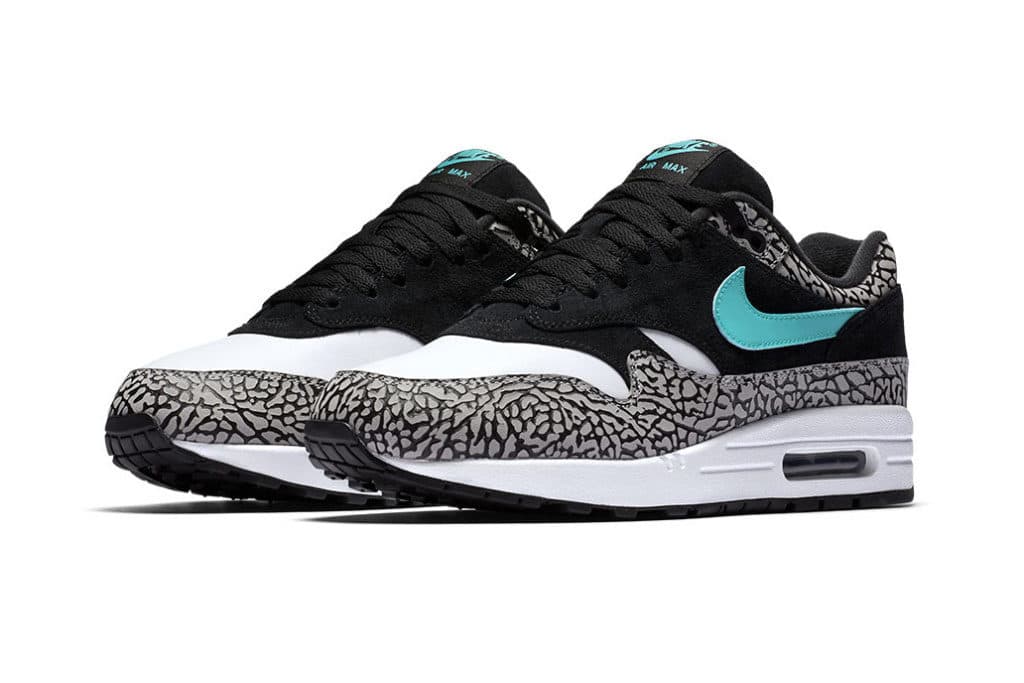 As the winner of a Nike-launched design competition, store-owner and shoe-celebrity Sean Wotherspoon was given the opportunity to release his own version of an Air Max. The Nike Air Max 1/97 Sean Wotherspoon became an instant classic, undoubtedly the shoe of 2018, and maybe even the best silhouette of the entire 2010’s. The unique corduroy upper redefined the use of colour in footwear and gave the word “hype” a completely new meaning! While Sean has since parted ways with Nike to collaborate on Asics and Adidas silhouettes, his legacy will remain forever.

The last two years saw a somewhat disappointing celebration of Air Max Day. In 2019, Nike gave the design contest format another attempt, and while the sneakers themselves were in substantial demand, the event was fairly event-less. In 2020, Nike downgraded even more, by simply releasing a collection of mostly dull and characterless Air Max silhouettes. Apart from the Nike Air Max 90 ‘Duck Camo’, the other silhouettes just felt uninspired and left fans disappointed. 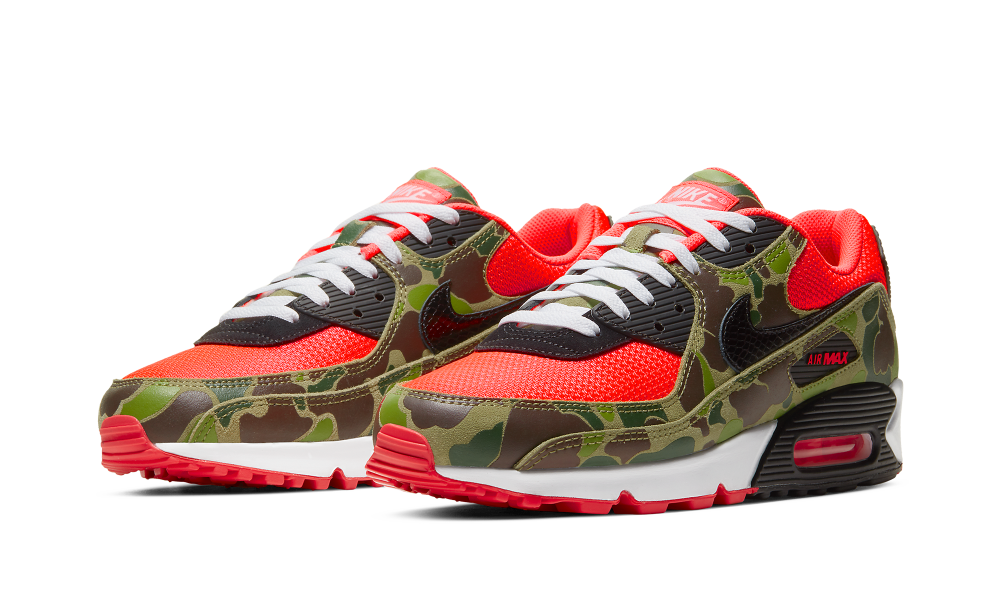 Forward to today, 2021. Due to the ongoing pandemic, Nike has relocated the 33rd birthday of the Air Max 1 to an immersive, online experience, taking you on “an interactive journey around the globe to experience and discover the incredible communities and cultures inspired by Air Max’s iconic design”.

While details regarding the events themselves are still unknown, the release line-up has been announced by the American sportswear giant, and fans can finally reignite their enthusiasm regarding Air Max Day. Not only will we see new silhouettes and re-releases of fan-favourite classics, the releases will stretch from Thursday (25 March) all the way to Tuesday (30 March).

Starting things off on 25 March, the Nike Air Max 97 Swarovski will release in a brand-new “polar” colourway. Over the course of the weekend, four iterations of the recently-released Nike Vapormax EVO will release, along with the brand-new Air Max Pre-Day. 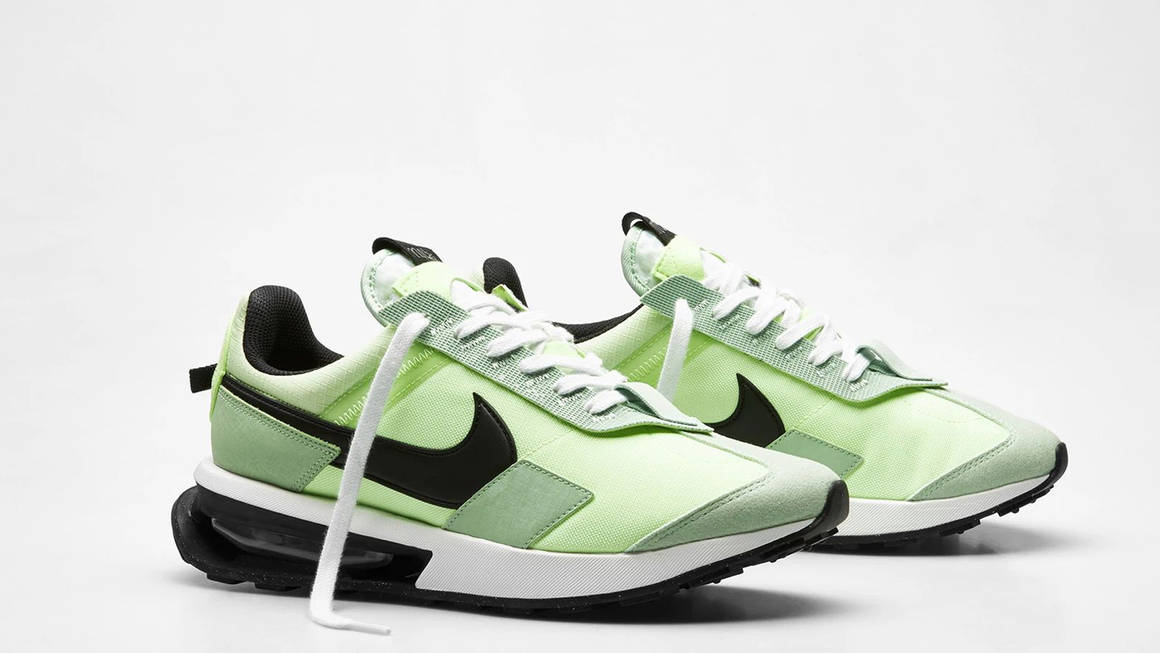 Further, a US-City pack will see location-inspired silhouettes such as the Air Max 95 and Air Max Up (both NY), Air Max 90 (Chicago), Air Max 97 (LA), and the VaporMax Plus and Air Max Plus (both Atlanta). Non-vegan fans will also be thrilled to see the Air Max 90 be revived by Dave’s Quality Meat (DQM) as a bacon-inspired retro of the OG version in 2004. 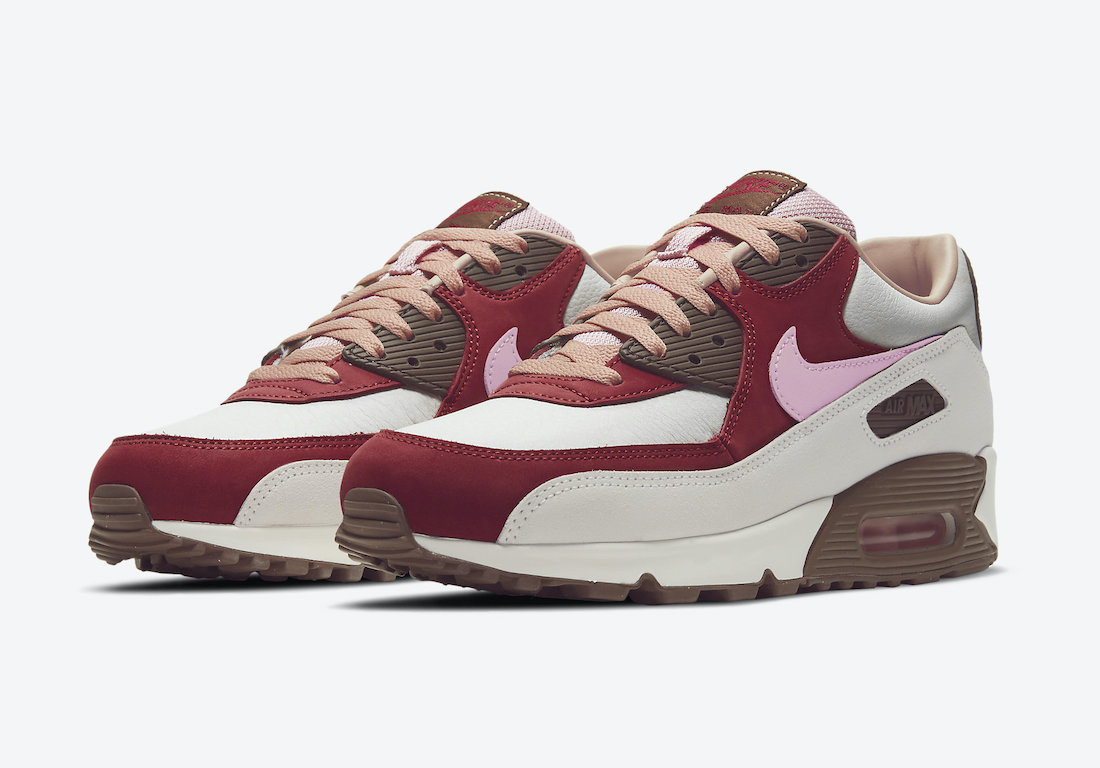 Now, the releases we are all highly anticipating. Along with a re-release of the CLOT x Air Max 1 'Kiss of Death', which released last month, Nike is releasing a brand-new version of its Air Max 1, termed the “Evolution of Icons”. The shoe released early as a virtual-scratch shock drop on the SNKRS-app on Monday 22 March, but those who missed out will receive another chance to cop this weekend! While the silhouette itself is a true Air Max 1, the colourways and materials are inspired by other Air Max silhouettes, which is a thoughtful nod to the legacy of the Air Max 1. 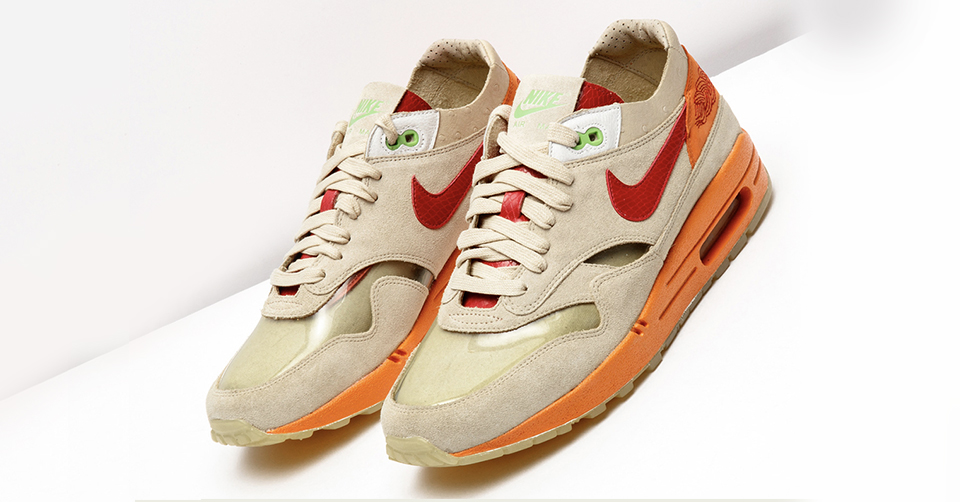 The Air Max 1 started it all, has unquestionably inspired modern footwear and it surely deserves to be celebrated by sneakerheads around the world. Have fun, indulge in the immersive experience, and don’t forget to cop your favourite Air Max on DripDrops!

Stay up to date with the latest heat, new releases and streetwear guides by subscribing to our newsletter below!