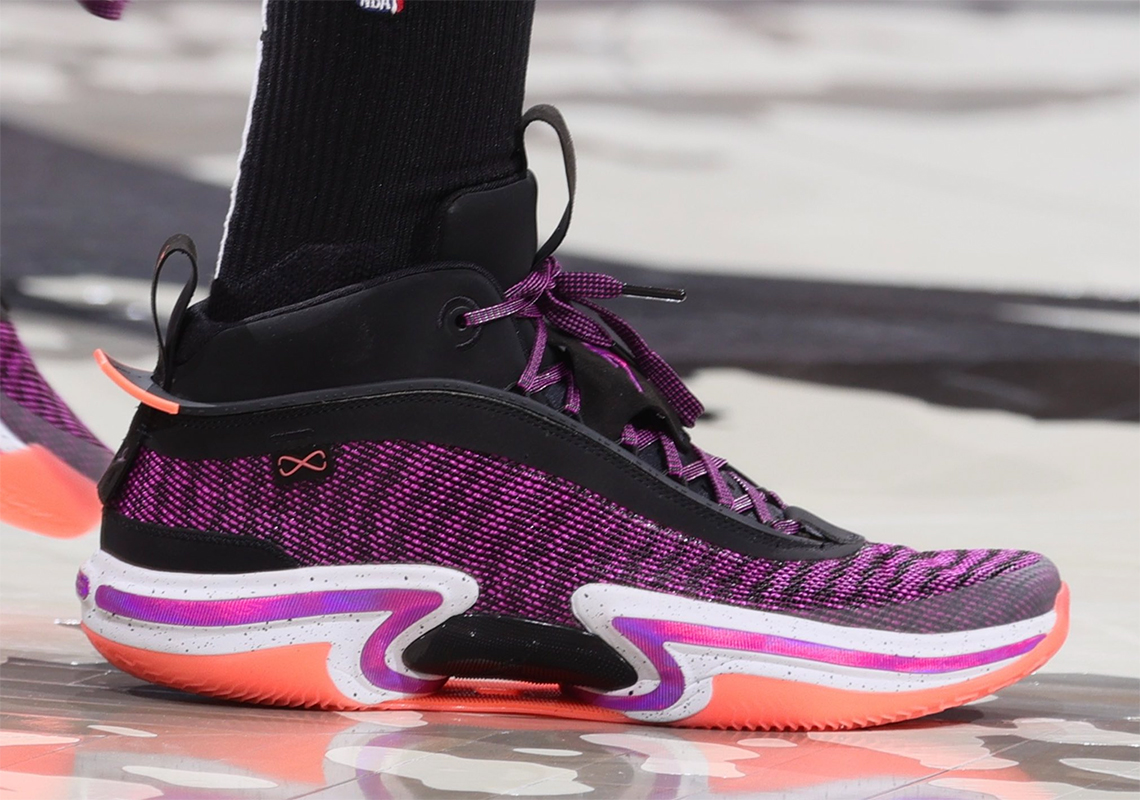 The Air Jordan 35 released in September 2020, only a few months ago. Yet it seems that Jordan Brand is already preparing for the release of its successor – the Jordan 36 (XXXVI).

The sneaker was originally unveiled by WNBA player Satou Sabally, who – being a key ambassador of the brand – received an early pair directly from Jordan Brand. However, the video posted on Twitter only briefly showed the sneaker, with many questions remaining unanswered and sneakerheads demanding a better look at the shoe.

A few days later, the sneaker was spotted on feet of Celtics player Jayson Tatum during a pre-game warm up, finally providing fans with a better look. The sneaker confirms previous leaks and blurry images – a clean silhouette with a purple mesh upper that stretches from the heel to the toe seamlessly. The sole consists of a purple-white contrasting mudguard and midsole that is connected by the beloved black Eclipse Plate, as seen on the 34 and 35. Matching the heeltabs, the rubber outsole is dressed in a striking orange tone, adding to the vividness of the shoe. The original Jordan logo is only spotted on the tongue element, while the lateral tags sport a Jordan infinity logo. 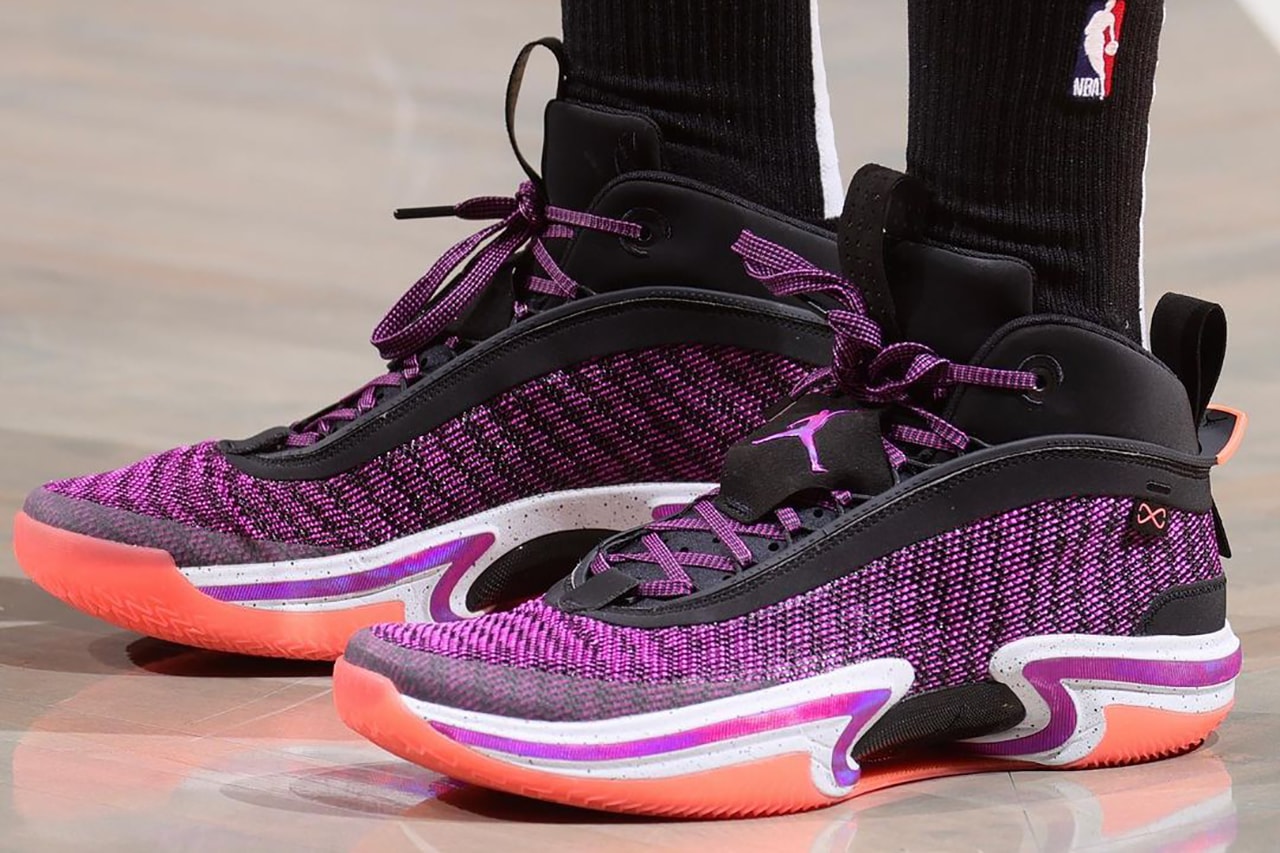 The Jordan 36 shows the path that Jordan Brand aims to take. After the Jordan 35 only being a minimal upgrade to the Jordan 34, the Jordan 36 implements a completely redesigned look which harmonically combines athleticism and aesthetics. Of course, the sneaker is constructed with Basketball performance in mind, but be sure that the sneaker is more than street-ready!

There has been no official announcement or statement made by Jordan Brand, but speculations indicate to a release in the upcoming months, getting fans’ hopes up of a release before Autumn 2021! Whether this colourway will be the original, or whether the brand decides to rethink the colour blocking and keep this beautiful purple a sample version remains to be seen. The shoe definitely has potential, especially if dressed in classic colourways, such as a Bred or Royal version.

Not a fan? Check out other Jordan silhouettes on Drip Drops here!

Stay tuned for updates on the Air Jordan 36 and don’t forget to follow Drip Drops on Instagram and Facebook to never miss out on a release!