We thought we’d never see another Travis Scott Nike collab. After unreleased samples of the Travis Scott Jordan 1 Low Reverse Mocha appeared in late 2021, the sneaker world expected this to be it… cancelled deal, cancelled release. However, 2022 saw a comeback from La Flame, getting sneakerheads back on their A-Game. After a successful release of Travis’ takes on the Air Max 1 and Air Trainer 1, official images of the Reverse Mocha started to appear online, and we all knew what this meant: another crazy sneaker, another L.

Some got lucky, most had to reconsider their life-savings to get their hands on a pair. Many of those are probably still contemplating whether the high resell price is worth the cop, so we’re providing you with a hands-on review of the most coveted sneaker of 2022: The Travis Scott Air Jordan 1 Reverse Mocha.

The Travis Scott Jordan 1 story began as a high-top silhouette in late 2019. What has now become one of the biggest grails in sneaker history set the foundation for Travis Scott to unleash his creative potential and reinvent the Jordan 1 (if you count a reverse swoosh as a reinvention). After months of not seeing another silhouette on social media, Scott took it a step further and released the low-top version in early 2020 as a surprise SNKRS drop. With both sneakers now reselling for unpayable amounts, the world needed more Travis AJ1s. The fragment low and high that released were an alternative, but it’s not like there was any realistic chance of copping those. 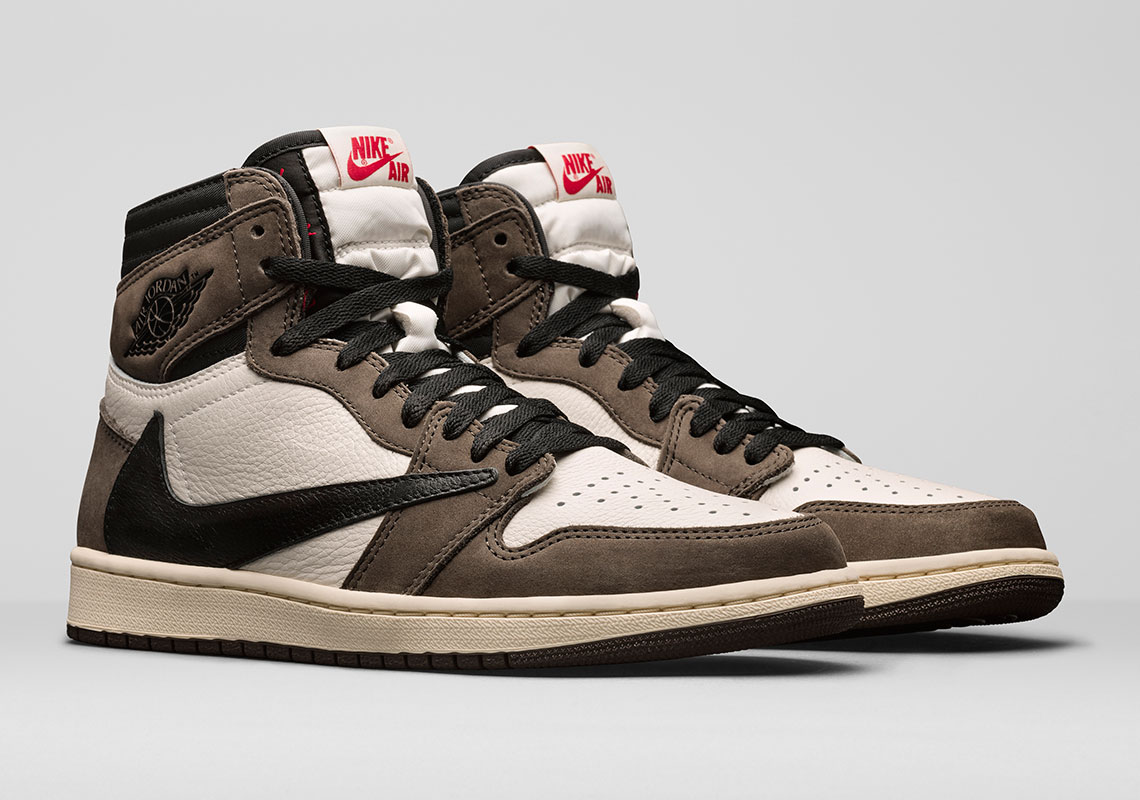 Then, after the Astroworld disaster in late 2021, the world thought this was it… no more Travis Jordans. Until Nike released official product images of a new low-top colourway, reversing the OG Travis Scott Jordan 1 Low, adding a much lighter touch to it – and creating an overall much cleaner look. The sneaker released as raffles and a SNKRS drop in July 2022, and to nobody’s surprise – was impossible to cop for retail. If you’ve been a fan of La Flame’s reverse-swoosh brown tonal arrangement previously, this sneaker is probably the aesthetic epitome of your shoe-hunt. Reversing the colourway was perhaps one of the greatest ideas from Jordan’s design team in a long time. A premium nubuck brown base is covered in light grey calfskin paneling across the shoe, which adds a lighter and cleaner look. To add the signature vintage aesthetics, the reverse swoosh (which was crispy white on the OG) takes an off-white tone, providing the aged feel.

This is further enhanced by matching laces and midsole, resulting in an overall vintage luxurious product. To reduce some blandness of the shoe, minimal striking Cardinal Red details can be found on the tongue, and in the form of stitching on the heel, with mismatching Jordan Wings and Cactus Jack logos standing out from the tonal background.

The overall silhouette is already a beauty – the Jordan 1 Low OG is just so much better than the regular Jordan 1 Low – but this colourway just extends the sneaker’s potential to other levels. It blends into the current earthy tonal appeal, but keeps its signature Travis-touch in every possible form. The reverse swoosh is clearly visible and identifiable, the red details ensures to catch eyes, and the colourway is so different from anything we have seen so far that those who know will immediately know. Perfect for summer, but the colourway enables you to extend the wear to autumn, and even dry winter times.

While Nike in general and Jordan 1 in specific have gone extensive scrutiny due to their lack of durability – especially as compared to recent New Balance sneakers defying qualitative limits – this sneaker is vastly different. The leather on this sneaker is top-notch, better than any I’ve seen on a Jordan 1 so far (except for the OG fragment Jordan 1). There are no visible glue stains (which is quite an exception for Nike), and the stitching is finished flawlessly. While the shoe is unarguably fast-fashion and living off hype, this might actually be a sneaker that you can wear for more than a few months before having to throw it in your closet. Regardless of where the Travis-hype goes, this sneaker will keep you comfortable for a while. In fact, with Jordan 1’s originally created for athletic purposes, the comfort levels on this sneaker are as expected. AJ1’s are popular for more than looks – they actually provide decent cushioning and traction on the outsole – and the Reverse Mocha is no exception. While the missing ankle support is a drawback, it is a low-top sneaker after all and should be judged accordingly. The wear is sturdy, your ankles won’t roll, you’ll be able to run away from young hypebeasts, and maybe you’ll actually achieve your first slam-dunk! Looking at the sneaker from a retail price (€160) perspective, it’s a 10/10. Design elements are insane, the Travis legacy is historical in the sneaker game, the overall look is beautiful, the shoe is comfortable, durable, and wearable. If you were lucky enough to cop this sneaker for retail, you’ve got yourself a gem.

However, the 99.9% of you that took another L need some reconsideration. Paying over 1000€ for a sneaker takes some real commitment, you have to be certain that it’s the one. Nevertheless, compared to most sneakers reselling at similar prices, this one will definitely give you the most reward, both in terms of aesthetic and wear. If you’re willing to spend this amount on a sneaker, go for the Travis Scott Jordan 1 Low Reverse Mocha. It beats the competition by a mile.