Nikes on their Feet kept their Ciphers complete… 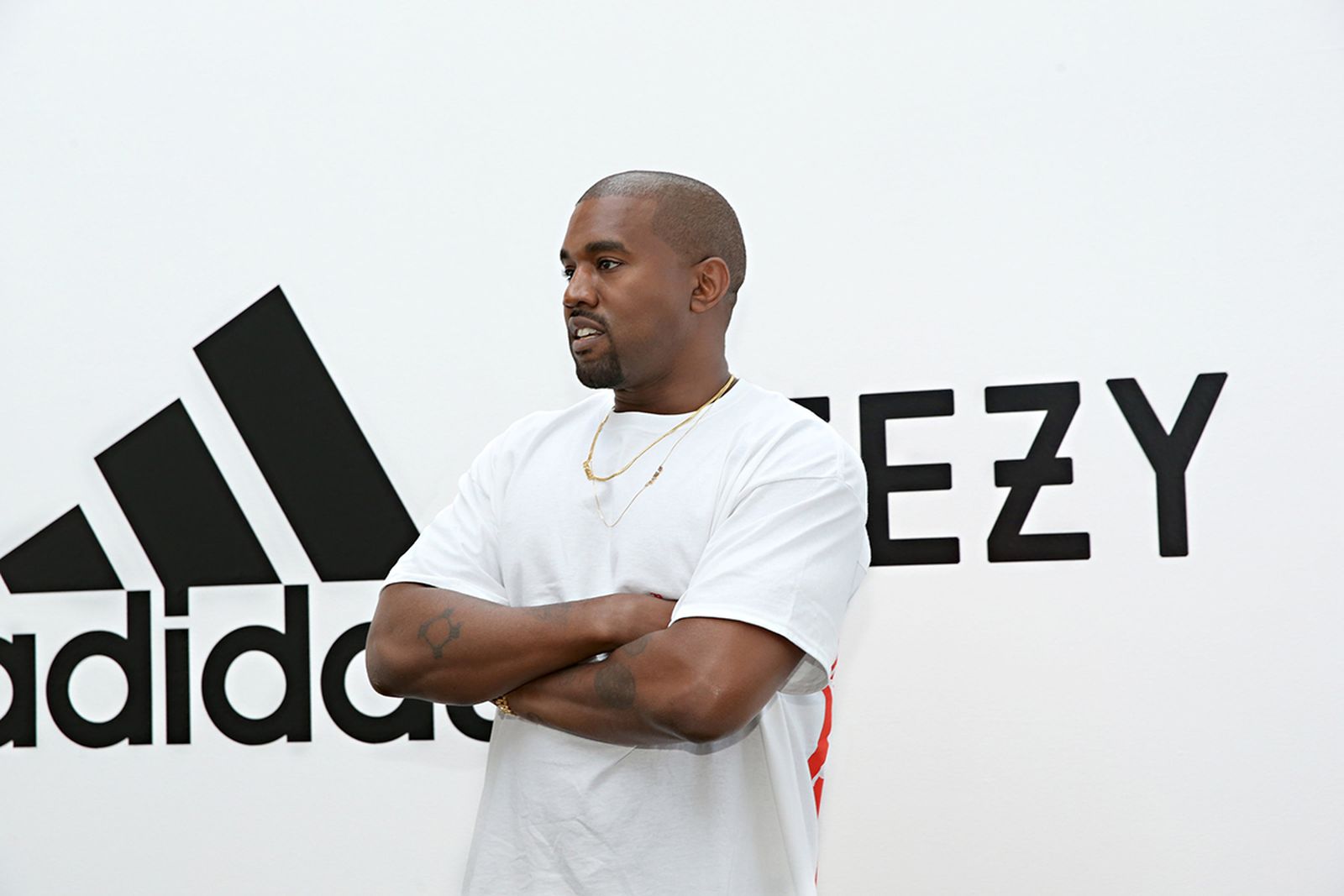 Sports brands traditionally linked up with athletes for collaborations… it makes sense! The partnerships were win-win scenarios and could be marketed to fit the target market perfectly.

Ballers wanted to hoop in Michael Jordan’s sneakers, Football players needed the new Nemeziz by Lionel Messi to score, and Eliud Kipchoge surely only made the sub-two-hour marathon in the latest Nike Vaporfly Next% runners.

However, athletes are not the only subjects of interest for sneaker brands anymore… As much as direct sports inspiration works, it only targets the specific group. Music, on the other hand, is omnipresent. Everyone listens to music, and the audience is so much easier to reach. No more constraints to just Basketball or Football players.

Collaborations with musicians have actually proven to be extremely fruitful for the sneaker world. Talk about Kanye West and Yeezy, Pharrell Williams and his adidas collection, no need to even mention Travis Scott at this point. Unarguably a complete switch-up of the sneaker game. These three are dominating the market, but there are dozens of collabs out there that many have long-forgotten or were never even aware of!

Time to mute the three Sneaker-Gods and turn our heads to some less hyped collaborations with artists!

Starting off with a collab from over 30 years ago. Most of us weren’t even born yet, but this partnership changed, and shaped the footwear industry forever. It's the year 1987. Run DMC, an American Hip Hop group was the hottest in the world at the time, sold-out shows, record-breaking sales, everyone knew them. Everyone knew their clothing, and of course their sneakers. Concerts, photoshoots, events – the group was always rocking three-stripes tracksuits and the legendary Adidas Superstars – unlaced.

Adidas noticed the spikes in sales after the group’s concerts and events and made intelligent moves to capitalize on this opportunity. The German sportswear brand offered Run DMC a partnership, marking the first large-scale affiliation between a rap-group and a clothing brand.

It also marked the beginning of everything that has to do with sneakers today. Without this collab, there would undeniably be no Kanye at Adidas, no Travis at Nike. Rappers are the most valuable asset for sneaker brands today, and adidas built the foundation for this progress. As a nod to the revolutionary collab, adidas released a retro version of the Run DMC Superstar in late 2020, as one of the celebratory colorways for the silhouette’s 50th birthday. Given the collaboration’s importance, adidas surely didn’t think twice but to honor the rap group given the occasion.


The sneaker is a reworked version of the original Adidas Superstar, with the Rap-groups logo on the tongue, and their characteristic red used as the primary accent-colour. While the design itself is not miraculous or extremely salient, the sneaker is an all-time classic and tells a story that is relevant for all us sneaker-enthusiasts out there!

Jaden Smith has accomplished much more than what he is known for to the general public – being Karate Kid and being Will Smith’s son. In fact, Jaden is arguably one of the most talented musicians and artists of our current era, with an eye for aesthetics that most people can only dream of. 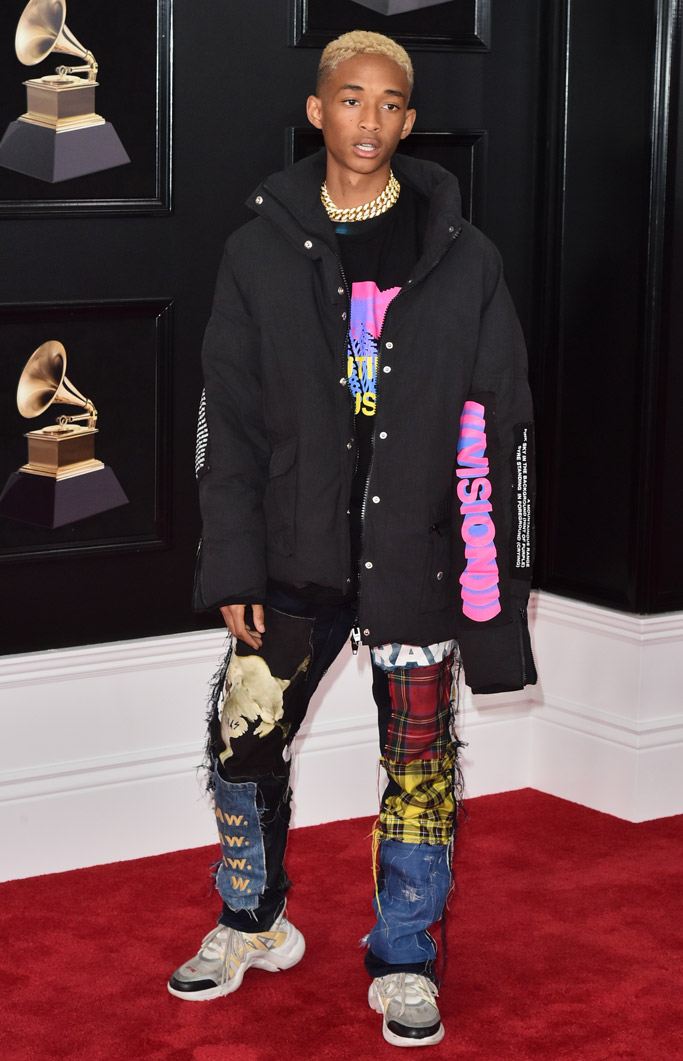 Combining pink-themed lo-fi visuals with his own version of electronic RnB music has developed into a recognizable genre in itself, in which Jaden seemingly flourishes like never before. Jaden has always had an affinity with vivid and salient clothing, most notably his love for the Louis Vuitton Archlight Sneaker, but has recently been given the opportunity to nourish this affinity with his own clothing line – MSFTSrep. Along with colourful and vibrant pieces, he began a partnership with New Balance.


The end product: the New Balance Vision Racer, a completely new and vegan-friendly silhouette produced by New Balance in a partnership with Jaden. Combining the X-Racer with the 1700 – Jaden’s favourite New Balance silhouettes – but adding a chunky midsole creates a futuristic, innovative silhouette that still stays true to New Balance’s authentic designs.

Further, the sneaker reflects Jaden’s love and priority for a sustainable environment. The sneaker is completely vegan, made from partly recycled and fully synthetic materials. This fits well with his incredible project of providing free vegan meals to the homeless population of his hometown, LA, back in 2020. 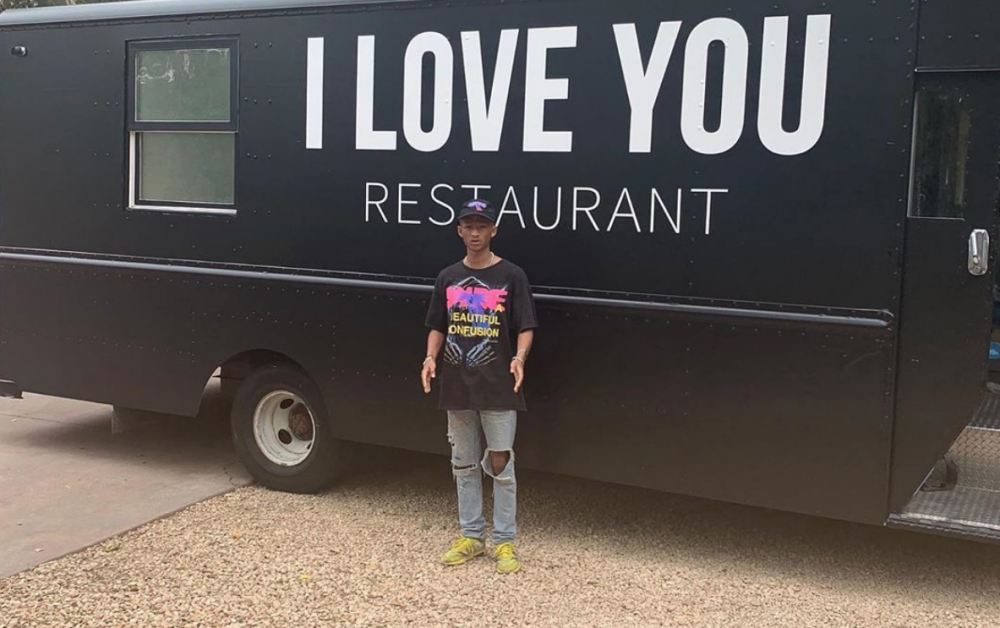 Jaden is taking large steps towards integrating sustainability and fashion, using his large platform to influence the younger generation towards a green future! He deserves all respect and recognition, and the sneaker surely deserves a spot on the list – not only due to its crazy look, but also as a nod to all the incredible work Jaden has done, and will continue to do, for the planet. Immediate butterflies in my stomach upon seeing this sneaker for the first time.

The British Grime Rap scene has gained insane popularity in the last years. Forefront runner, along with many others, is Joseph Adenuga, known to the world as Skepta.

Most notably known for his smooth urban British flow and intricate – as well as entertaining – rhyme schemes, he also has a fashionable side to him! Having worked with Nike on multiple silhouettes, including the Air Max Deluxe, Air Max 97 and others, he reconnected with Nike in early 2021 to release his potentially best sneaker to date: The Nike Tailwind V “Bright Blue”.

Inspired by metamorphosis – the process of becoming a butterfly – Skepta used a sublimated print of bright blue butterfly wings as the upper. These almost iridescent patterns are contrasted by a black web overlay which adds to the wing-aesthetic.

With an increase in hype around British Grime and the artists surrounding it, it becomes evident why this sneaker deserves a spot on this list. It encompasses the general aesthetic direction of the scene, while adding Skepta’s individual touch of art.

The Skepta Nike Tailwind V “Bright Blue” will certainly remain one of the classic artist-collab sneakers of the decade!

Buy it here on Drip Drops!

Oddly enough, rapper Kendrick Lamar has never managed to release a sneaker collab that really went through the roof. After some releases in a partnership with Reebok, “K-Dot” revealed his move to Nike, where he released a line of Cortez sneakers, along with a Nike React Element 55.

While fans were initially hyped about the partnership, the releases were never groundbreaking. The “Don’t Trip” writing on the Cortez and the marble-like upper on the React Element 55 were interesting, but they were nothing extraordinary. Further, Nike never really went big on the marketing aspect of this partnership: stock was low, there were almost no campaigns, and the sneakers released without much ado.


However, there was one sneaker which stood out, and maybe even profited in some ways from current events in terms of relevance. The Nike Cortez Basic Slip “House Shoes”, designed by Kendrick himself.

The redesigned version of the ultra-popular Cortez replaced the lacing system with a padded tongue and uses a drawstring system for adjusting the fit. The sneaker, as seen in the campaign, was mainly designed for in-house wear, crafted for high levels of comfort and cushioning.


While the sneaker, like the other releases, was not spectacularly hyped or coveted, it became relevant only two years post-release. Kendrick is a visionary rapper, often labeled the G.O.A.T. of hip hop, his talent is undeniably world-class and ahead of his time. Maybe this vision prepared us for what was to come. It was probably just luck, but the "House Shoe" should have become one of the most relevant sneaker collabs of the past year. Working from home has become the norm for many, and sneakers crafted for home-office are more popular than ever before. Take a look at the Yeezy Slide’s popularity for a perfect illustration!

However, the house shoe never really bounced back… maybe sneakerheads had forgotten about this sneaker already, but it never made the return, even at the time where it was needed the most. Nevertheless, the sneaker is still a perfect fit for the home-office sneakerhead. A collab with Kendrick, a comfortable, aesthetic, and classic Nike silhouette, made for indoor use. What more do you want?

There are many more underrated collaborations with artists out there, so stay tuned for part 2!