Merely a few weeks after more leaked images of the latest Parra x Nike SB Dunk Low have surfaced, the Dutch Artist is back in the limelight to make headlines. 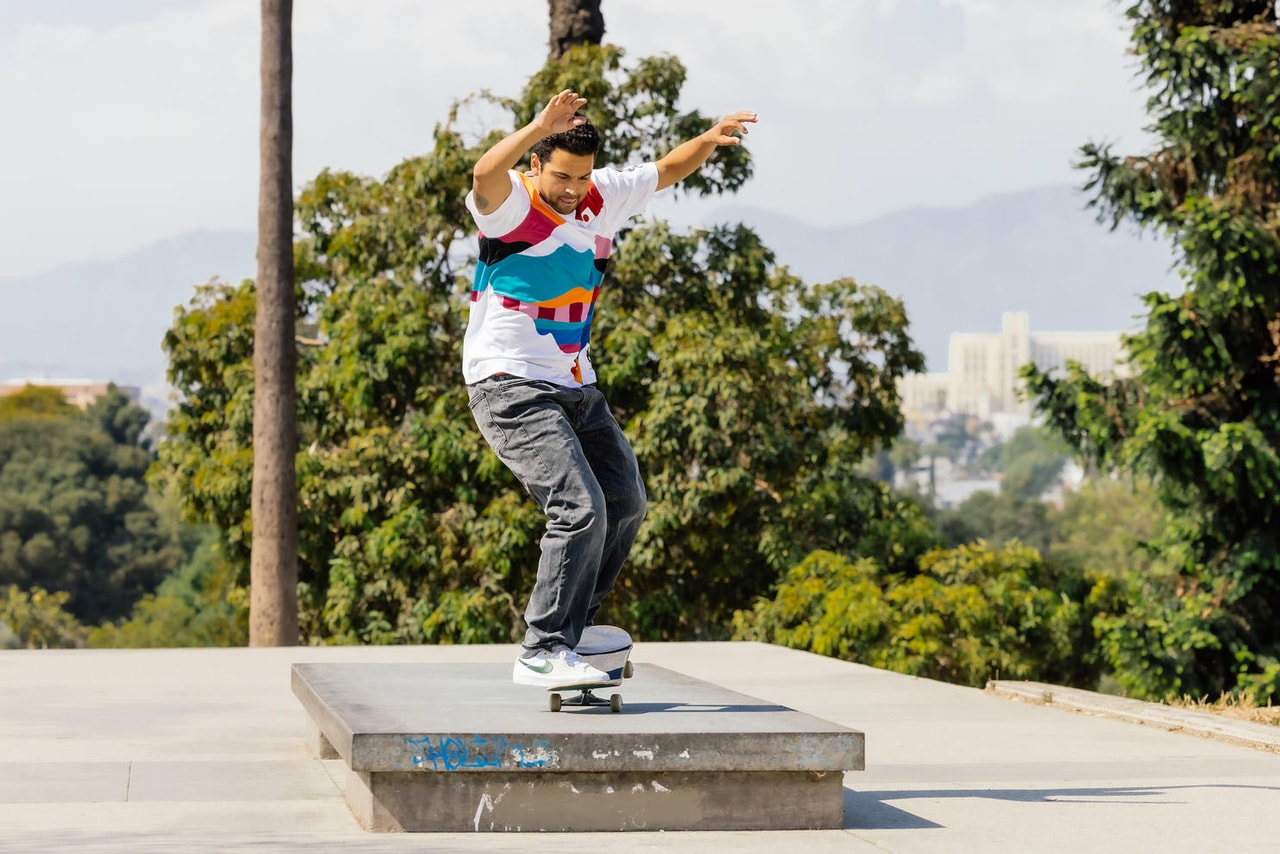 The 2020 Olympics are surely special. First of all, they will be held in 2021, but this date-change needs no explanation. Second, for the first time ever, skateboarding will be recognized as an official Olympic event and see its inaugural competition at this year’s Olympics in Japan. To appropriately honor this foundational occasion, the athlete’s themselves need to look good. Really good.

Skateboarding is often associated with fashion, the SB Dunk – a skate shoe – is the hottest sneaker of the last years, and Nyjah’s affiliation with Nike extends beyond just the sport. Naturally, this is Nike’s opportunity to score big and extend the skateboarding culture into a global market.

Win-win-win for the brand, for skateboarders and for those who have still failed to recognize the beauty of arguably the most thrilling sport in the world.

So, what has Nike done to honor skateboarding’s inauguration at the 2020 Olympics? The answer is Dutch artist Piet Parra. Just weeks after new leaked images of his second take on the Nike SB Dunk Low, the artist is back on track to design the kits of four countries’ skateboarding teams: France, USA, Brazil, and Japan.

For those who are unaware of skate-athletes, this means that Nyjah Huston (USA), Yuto Horigome (Japan), Aurélien Giraud (France) and female skater Leticia Bufoni (Brazil) will all be rocking the Parra x Nike designed outfits. Essentially the four best skateboarders in the world right now, all flexing the gorgeous kits while the world watches in awe. 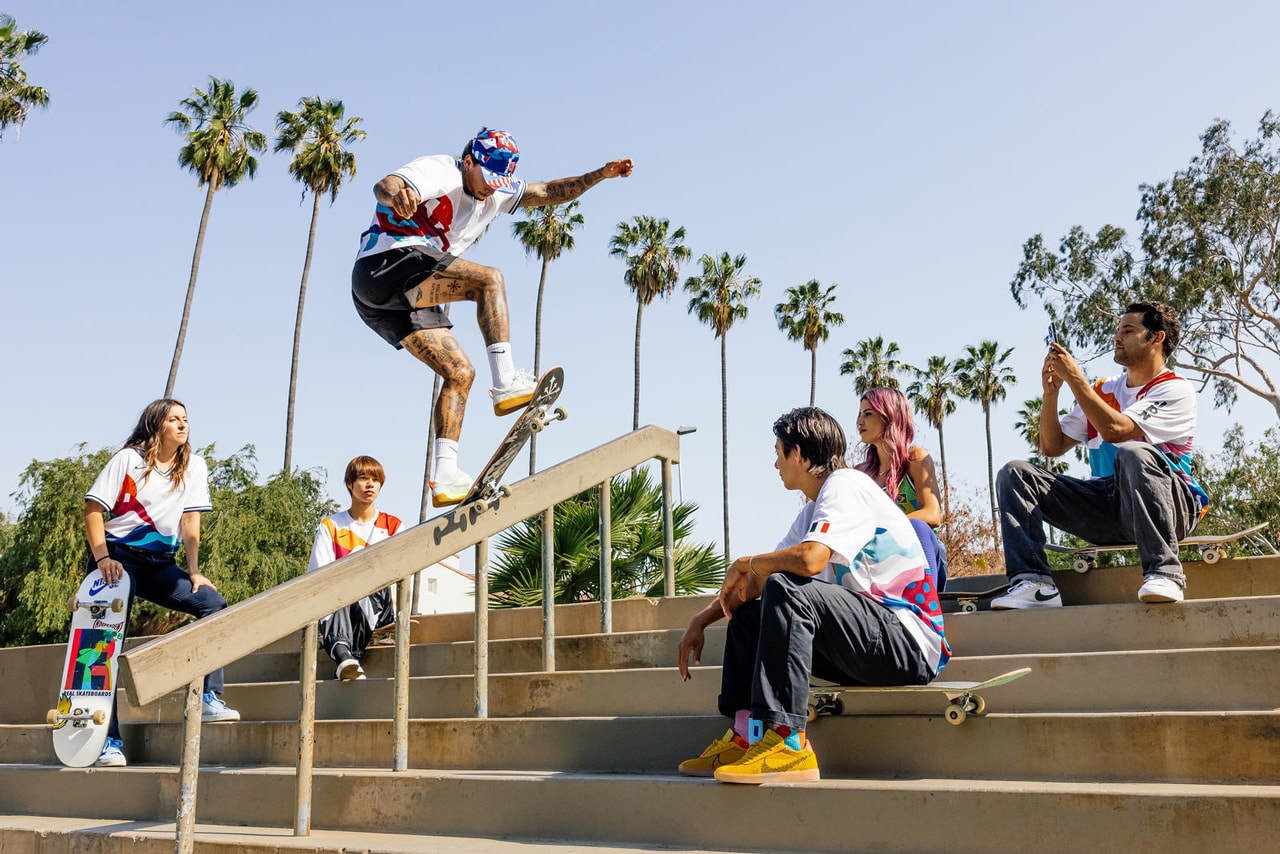 The kits consist of a wide choice of apparel, representing the countries in the signature style of Parra himself. While the Brazil-design features an abstract version of the famous Sugarloaf Mountain in the nation’s symbolic green, blue and white colors, the French kit sports an array of vivid red, blue, orange and white; with the Eiffel Tower’s silhouette barely recognizable in the lower left area. Japan mixes orange, red, pink and blue to bring out a Mount Fuji in the background of a metropolitan skyline. Lastly, Team USA sees an eagle landing in front of a mountain-inspired sunset. 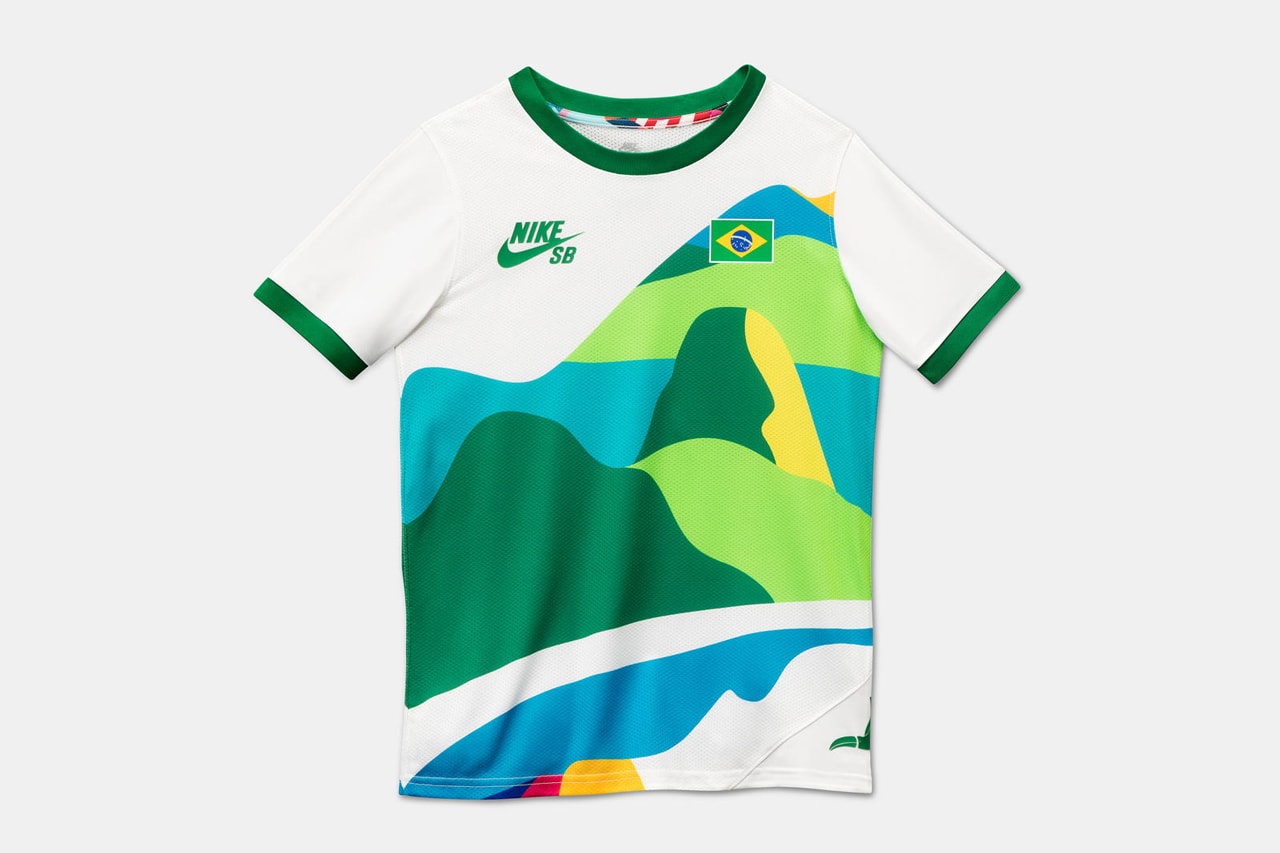 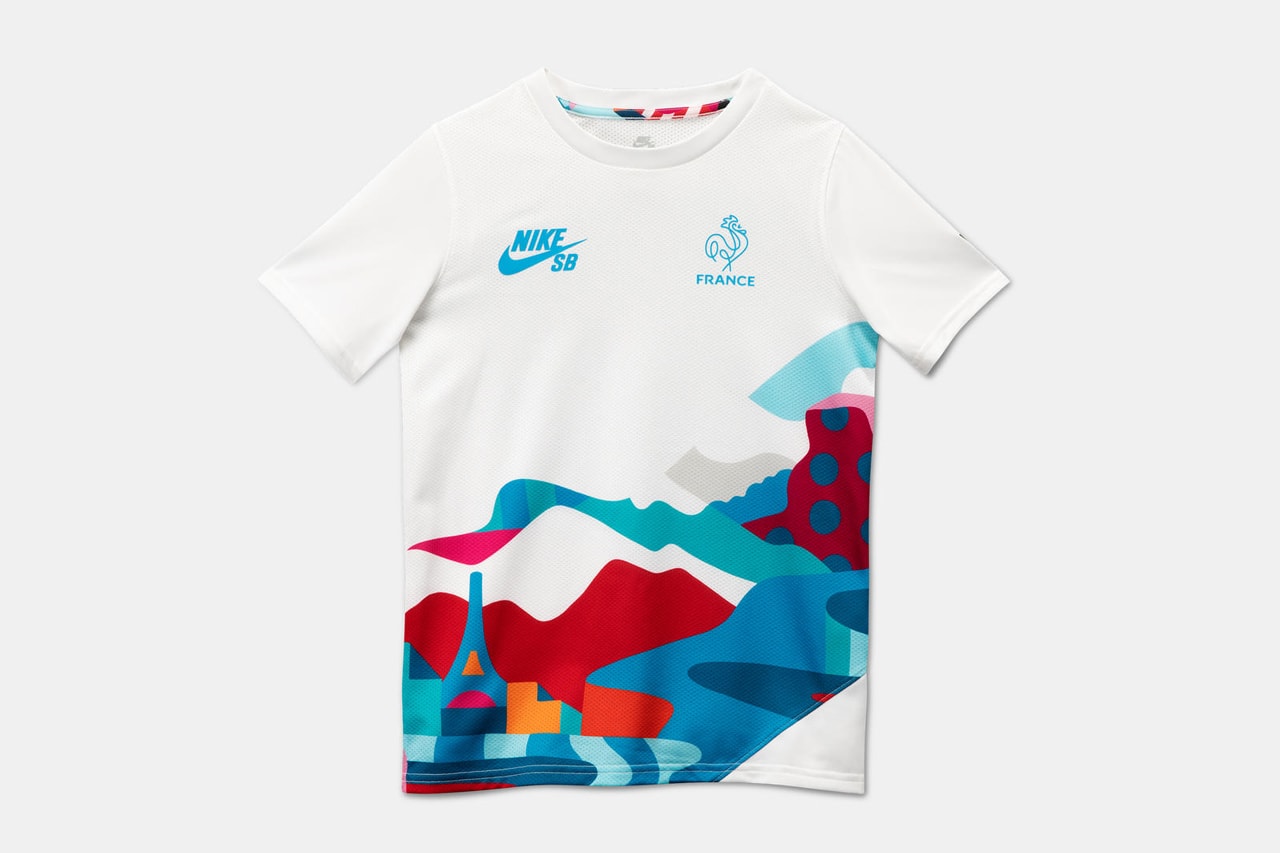 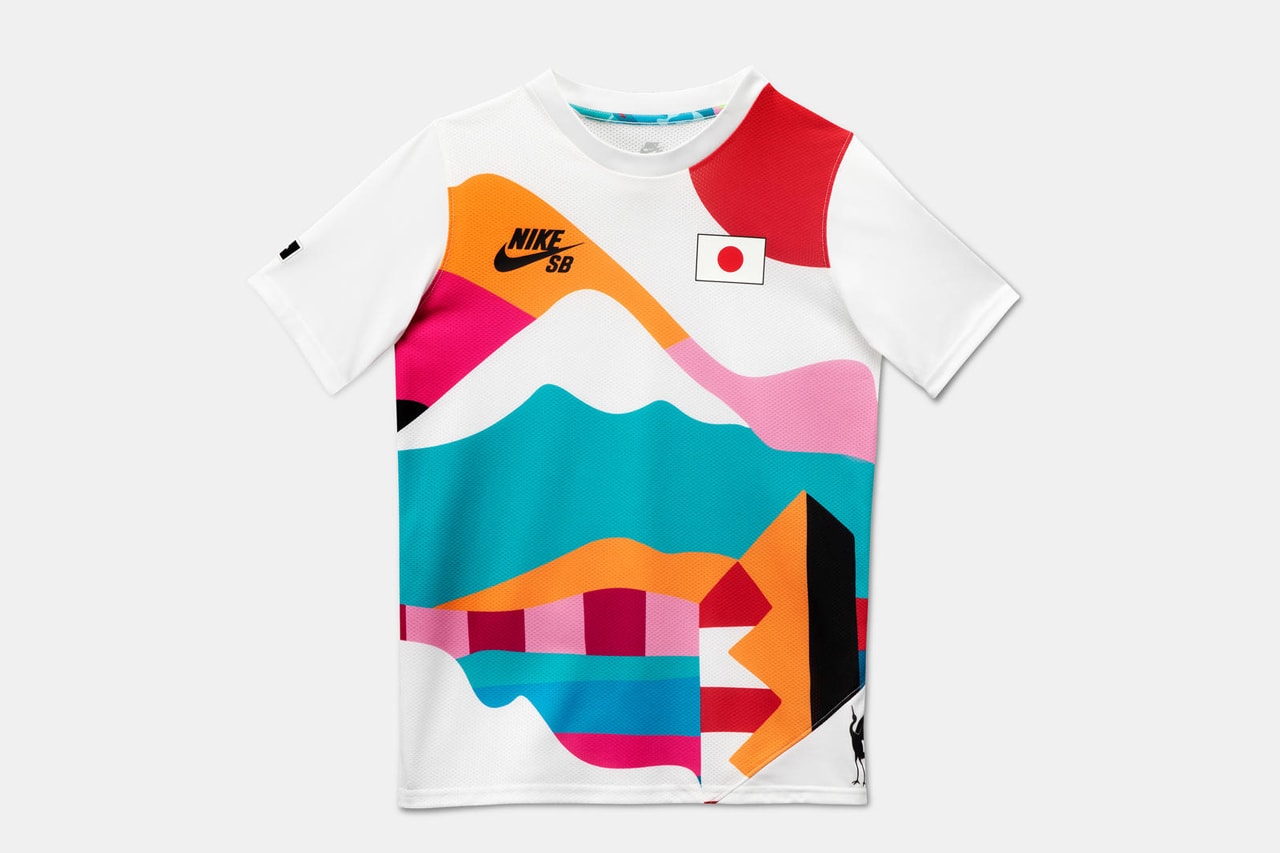 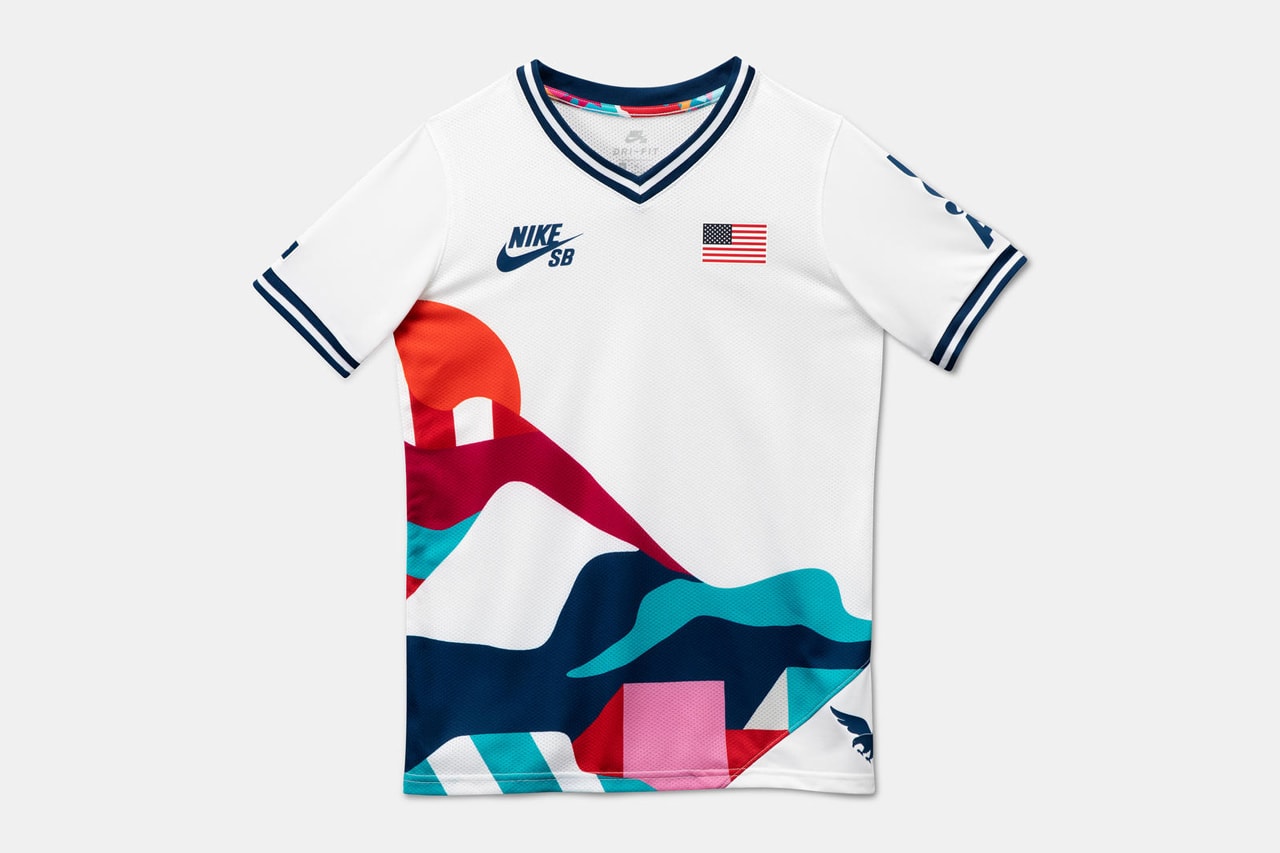 Further, as a newbie in the Olympic world, the skateboarding culture wanted to appraise the Olympic heritage by adapting the teams’ kits to the corresponding national sport. Accordingly, USA will skate in a basketball jersey, Japan receives a baseball jersey, France will kickflip in tennis jerseys and Brazil – you guessed it – the football nation will skate in football jerseys. A few days after the reveal, Nike also officially revealed its line-up of Olympics-designated Nike SB Dunks, which included the highly anticipated second iteration of the Nike SB Dunk Parra. Hopefully we can expect the likes of Nyjah and Yuto to be rocking these gorgeous kicks at the competition. The tournament kicks off on July 25, so keep your eyes open for buttery tre-flips and icy Dunks! 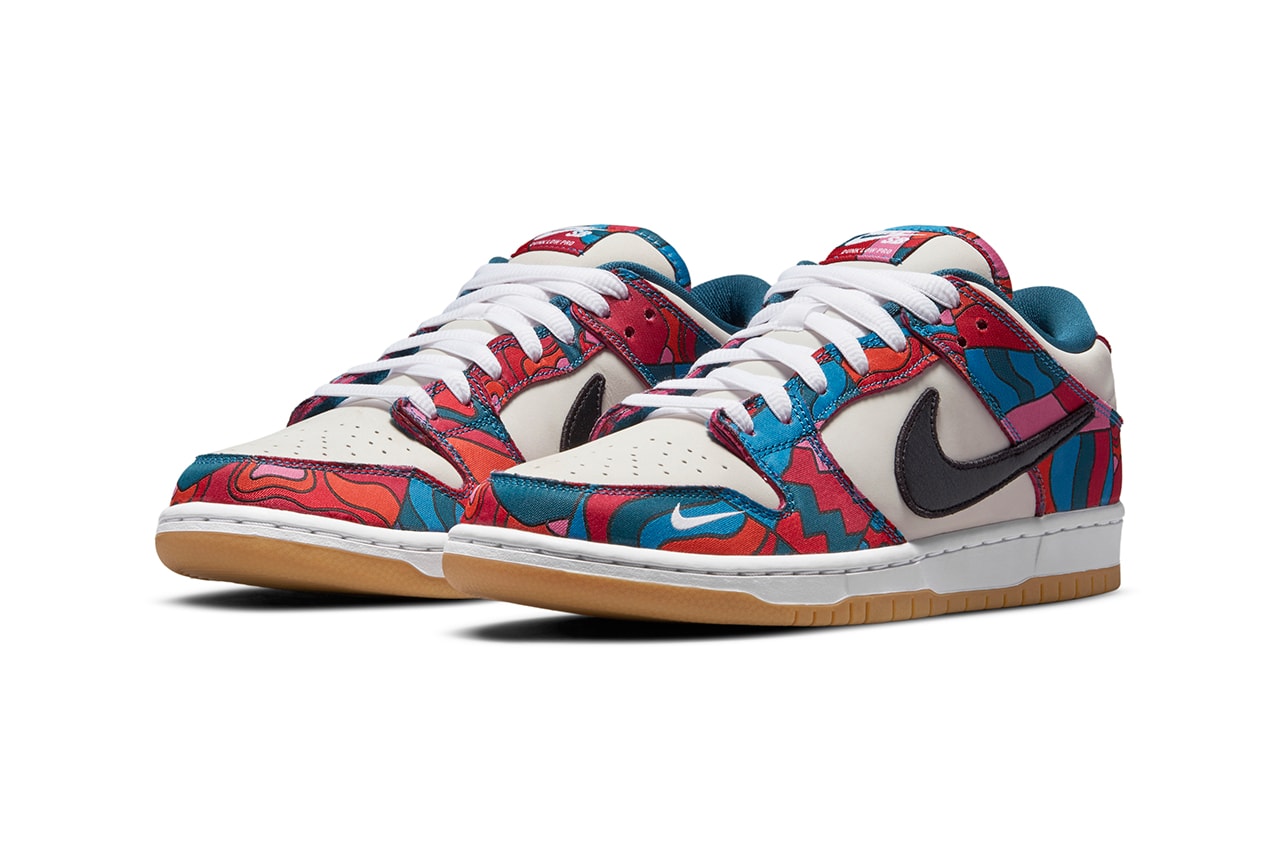 The symbolics and intentions behind the design process truly reflect the novel status of skateboarding in the Olympics: it wants to set a statement with bold and colorful kits. However, it by no means attempts to be predominant. It honors the countries, the heritage and the established Olympic disciplines that the discipline still looks up to. Artist Piet Parra has once again shown his talent, his skill, his creativity, his potential. Extremely overlooked, but one of the greatest artists of the current time.