The Comeback of the AJ3 The world has been waiting for a retro of the Fire Red. After the 1988 colourway seeing two re-releases in 2007 and 2013, fans have had to wait almost 10 years to get another chance of copping this beauty. For those who have just recently hopped on the AJ3 hype-train and were unable to cop an older pair (since they are almost impossible to obtain for a decent price), the re-release is a great opportunity to finally purchase one of the best Jordan 3’s of all time.

The release is perfectly timed, given the immense success the silhouette has obtained throughout the last months. With striking collaborations and beautiful GR’s, we round off the 5 best Jordan 3’s of the last years.

Starting off with a banger, we have LA-based boutique A Ma Maniére’s take on the classic silhouette.

Combining vintage with luxury in the signature AMM manner, the sneaker is constructed with a white tumbled leather, with off-white details adourning the upper. An extravagant light grey suede on the heel, toe cap, and eyestays provide more luxury and quality, finished off with an achromatic blend of white, grey, and off-white on the mudguard and midsole. You’ll find A Ma Maniére’s signature hidden on the tongue and insole, keeping the collaboration understated to achieve success without explicit branding.

The subtle touches of A Ma Maniéres signature demonstrate the design vision behind the sneaker. Keep the labeling to a minimum, but ensure that the sneaker defies boundaries of luxury to be instantly recognized and appreciated without distracting monograms. A true Jordan 3 in its best form, with the signature touches from the LA-based boutique. 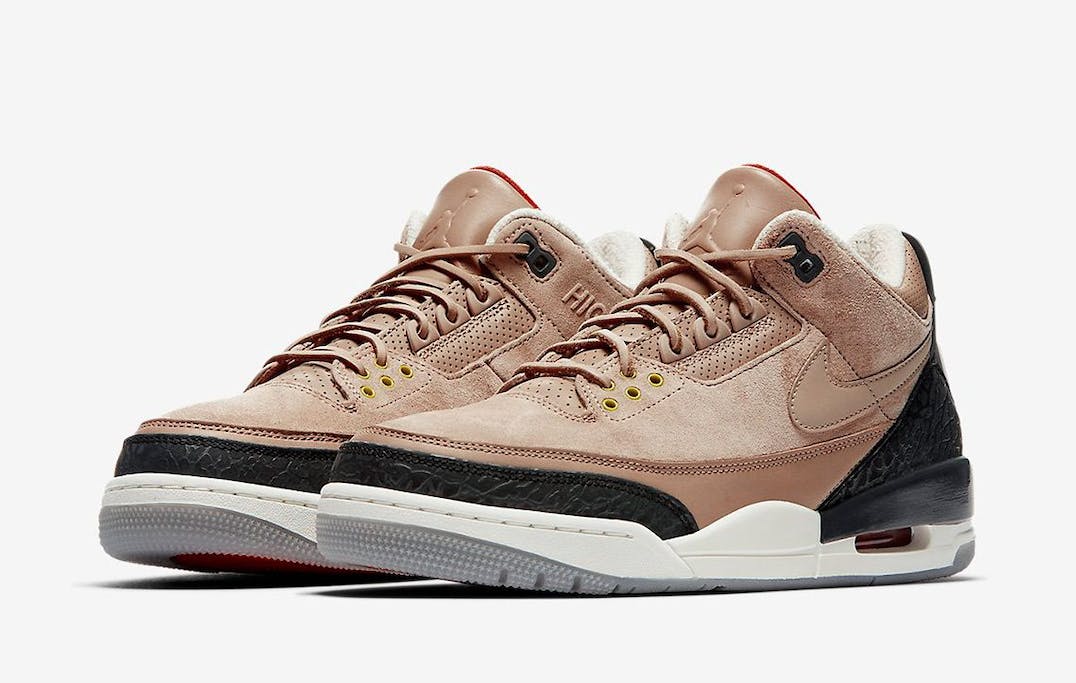 Superstar Justin Timberlake shook the sneaker-crowd back in 2018 during the 52nd Superbowl, performing his half-time show in a never-before seen edition of the Jordan 3. Fans instantly recognized the swoosh on the upper, paying homage to AJ3-designer Tinker Hatfield’s original sketch of the silhouette, which later saw the swoosh removed for the final design. As a commemoration of the silhouette, Jordan Brand revived the Swoosh to mark this special release in collaboration with the American singer. 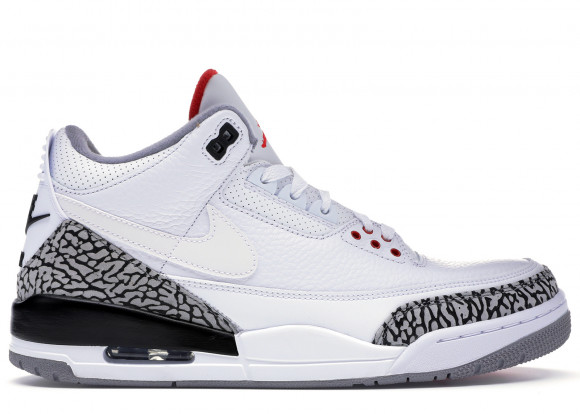 The sneaker dropped in two colourways, with the White Cement version releasing directly after the event. The fans’ excitement led to the shoe being instantly sold out, with resell prices soaring through the roof. The Jordan 3 was back, and better than ever.

The Bio Beige pair released a few months later, receiving a luxe tan suede upper to replace the white leather, while the Swoosh was dressed in a reflective material to add another level of detail. As the final touch to the sketch-inspired design, a “HIGHER” text is printed on the medial side of the shoe, a nod to Justin Timberlake’s chart-song “Higher Higher”, which got the crowd rolling loud during the Super Bowl event.

The sneaker appeals to a worldwide audience, to Jordan 3 enthusiasts, to Justin Timberlake fans, and to anyone who can appreciate a clean and comfortable sneaker with immaculate details and quality finishing. 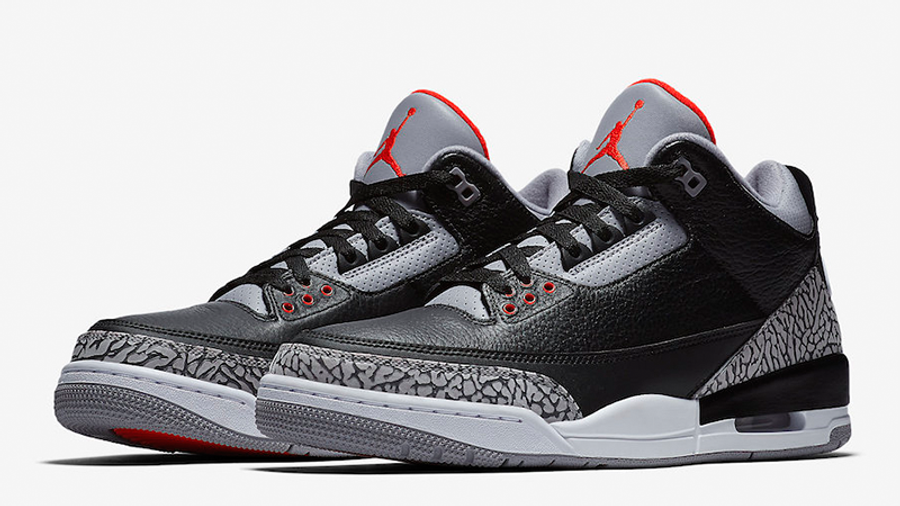 The one and only. The icon. The Grail. The most beloved Jordan 3 colourway of all time deserves a ranking on this list. Originally debuted by Michael Jordan in 1988 during his NBA All-Star Game in Chicago, the timing was ideal for the sneaker to release. Not only did MJ receive the MVP award with his 40-point game, he was also reaching such immense levels of success that basketball received worldwide attention. What a time to release a sneaker, Jordan Brand hit the lottery. 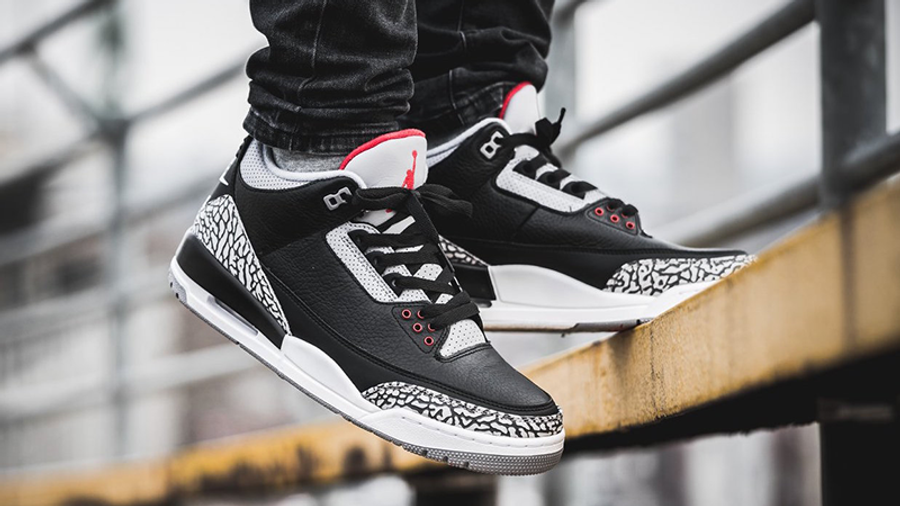 Designed by legend Tinker Hatfield, the Jordan 3 Black Cement features the beloved Cement Elephant print on the counter heel and toecap, contrasted by a full black tumbled leather on the upper. Adding twists to the design, grey panels and touches of red can be found across the upper, resulting in a versatile yet thought-through design that gorgeously complements hues.

We can talk about the design and colour-choice for days, but the overall look combined with the sneaker’s history speaks for itself – an icon, a must-have for every Jordan fan, an instant top-of-the-list in the sneaker world. While the Black Cement certainly reigns the Jordan 3 world, there is one sneaker left which may contest for the best AJ3 of all time. In 2020, Hiroshi Fujiwara stepped up his design game once more on his take on the Jordan 3. His “fragment” design label was making waves after the 2014 take on the Jordan 1 was creating a second wave of hype. Little did anybody know of what was yet to come: a take on the Dunk – the most talked-about sneaker of the recent years, and a collaboration with Nike and Travis Scott on the Jordan 1, perhaps the most grailworthy sneaker of all time.

Nevertheless, fragment’s take on the Jordan 3 was maybe the most special cooperative project of the two giants. The fragment design x Air Jordan 3 Retro SP takes a minimalistic approach to the silhouette, freeing it from all details and accents to create a lean and clean sneaker. 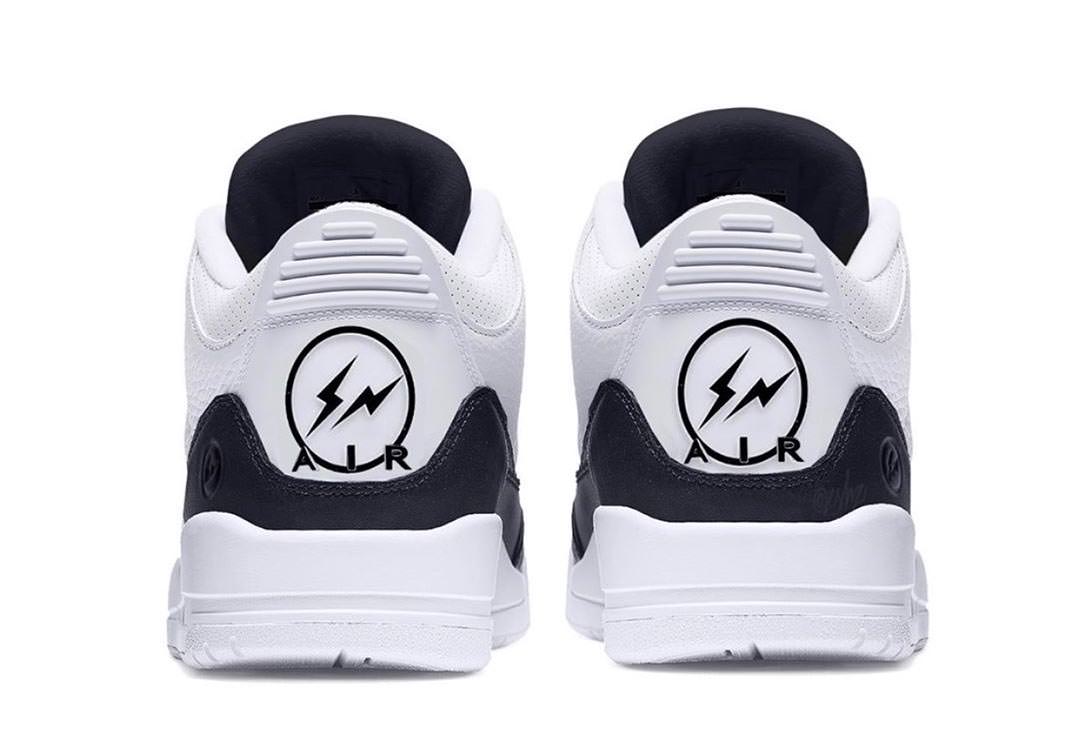 A tumbled leather upper is complemented by a black leather mudguard and black leather overlays on the heel and toe, while fragment’s double lightning logo replaces the Jumpman on the heel, which is left as a translucent backdrop. Smaller details can be found in the form of Fragment’s signature tiny text on the mudguard, an embossed Fragment logo on the counter heel, and the label’s text logo on the inside tongue.

The design itself is sleek and minimal, but the final product is what makes it special. Fujiwara was aware that many people refrain from copping the AJ3 due to its bulkiness and athletic look, so the designer took a new perspective to overhaul the shoe into levels of universal versatility. The Fragment Jordan 3 is just as ready for the court as it is for the red carpet, the first suit-ready AJ3 we have ever seen. 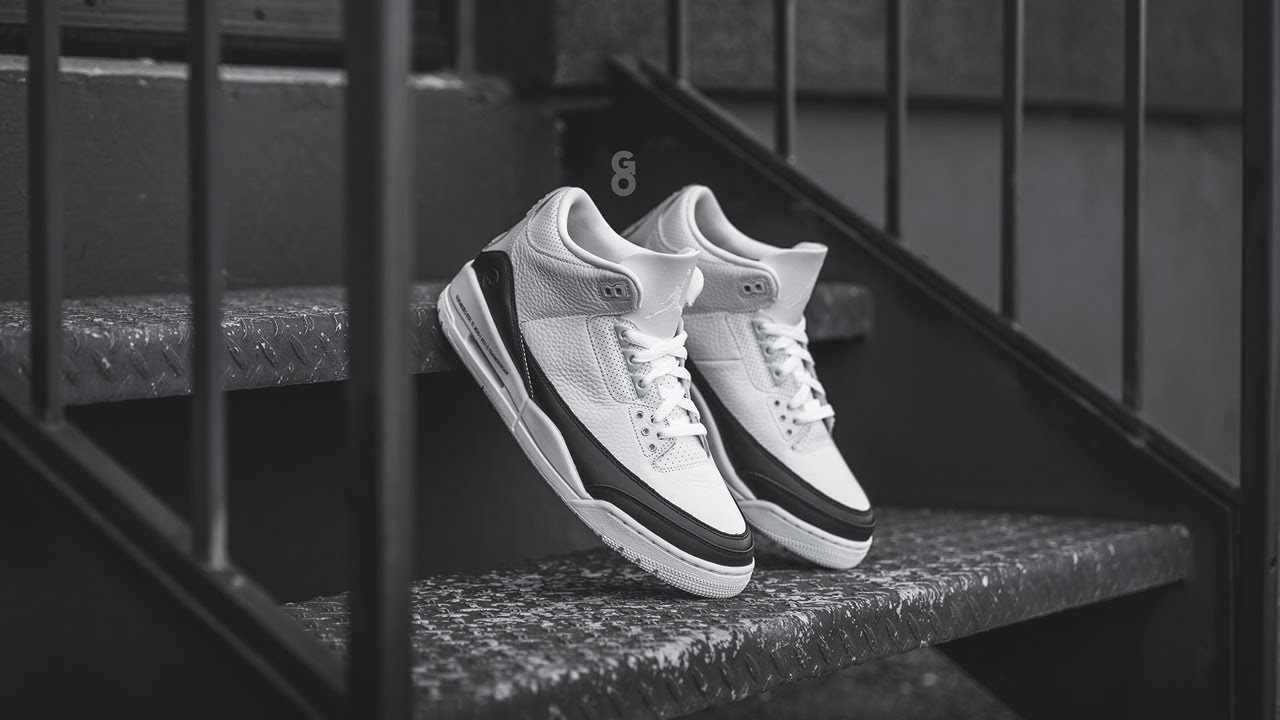 Luxury in an athletic shoe, lavishness for the cleanest Slam-Dunk you’ve ever scored, before putting on your Tux for the Met Gala – all without having to change your footwear. A legendary sneaker, greatly overlooked, but with potential to reach ultimate grail status with the current wave that Jordan 3’s are creating.

Which Jordan 3 is your favourite? Let us know in the comments below.