More than Meets the Eye With the recent surge in sneaker collaborations, ugly results are sometimes inevitable. While some collabs are absolute eye-candy at first sight, others evoke some confusion, even disgust in sneakerheads. With Nike’s recent Hello Kitty collab, fans were puzzled by the collab itself, as well as the products launched. The Presto just looked trash, the accompanying apparel was boring, what was the point of the collab? 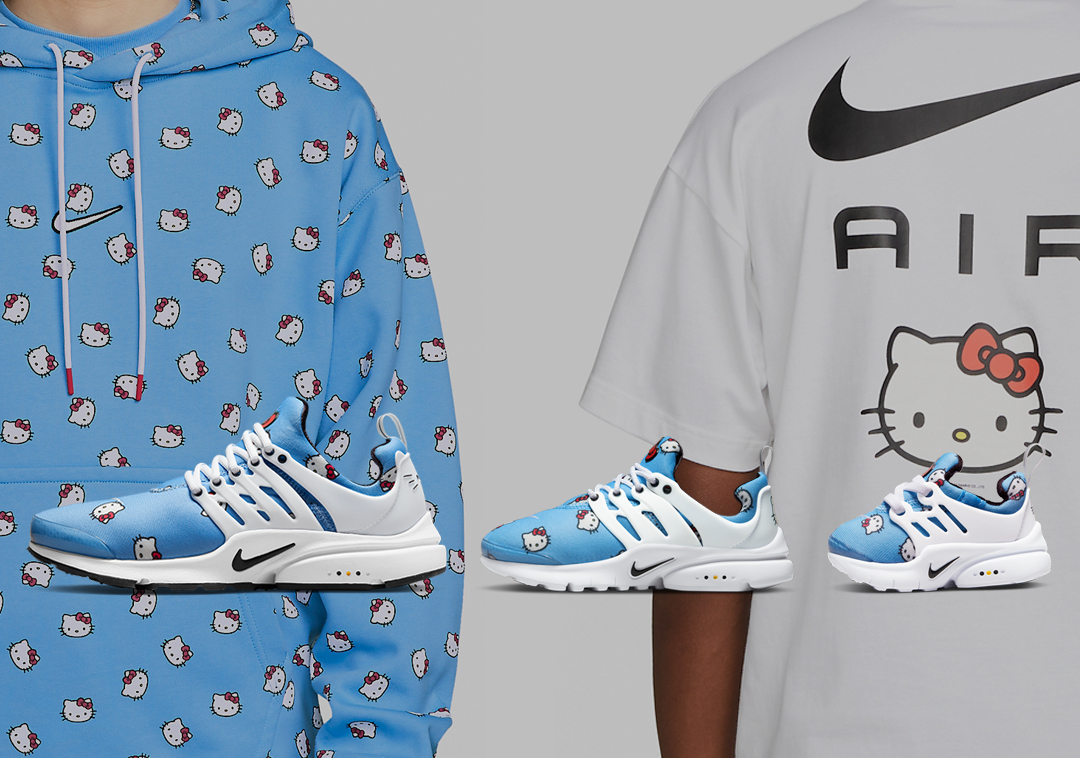 Those who have been in the sneaker game for a while probably had some flashbacks. Adidas’ partnerships with Game of Thrones, Attack on Titan, or James Bond were similarly confusing, Supreme has had similarly bad collabs with Nike or Timberland, New Balance x Stone Island was a disappointment in itself (at first).

However, as weird as the shoes are, some do have a character, tell a story, evoke emotions. It takes time and getting used to, but behind (almost) every sneaker is a design inspiration, a message that the creator wants to convey.

We list the 4 worst sneaker collabs that actually turned out to be incredible. New Balance was at their peak of hype growth, insane colourways and crazy collabs with the likes of Salehe Bembury, Aimé Leon Dore, Joe Freshgoods and more pushed them through the roof. When a partnership between Stone Island and NB was announced, fans got absolutely thrilled. New Balance’s focus on quality and durability, combined with Stone Island’s techwear innovations had to result in a pioneering, groundbreaking shoe. The result, however, was more of a Nike Zoom Fly knock-off, with a large Stone Island logo on the toe. Nothing special, nothing exciting, more heartbreaking than groundbreaking.

Nevertheless, the sneaker sold out instantly. Hype can sell anything? 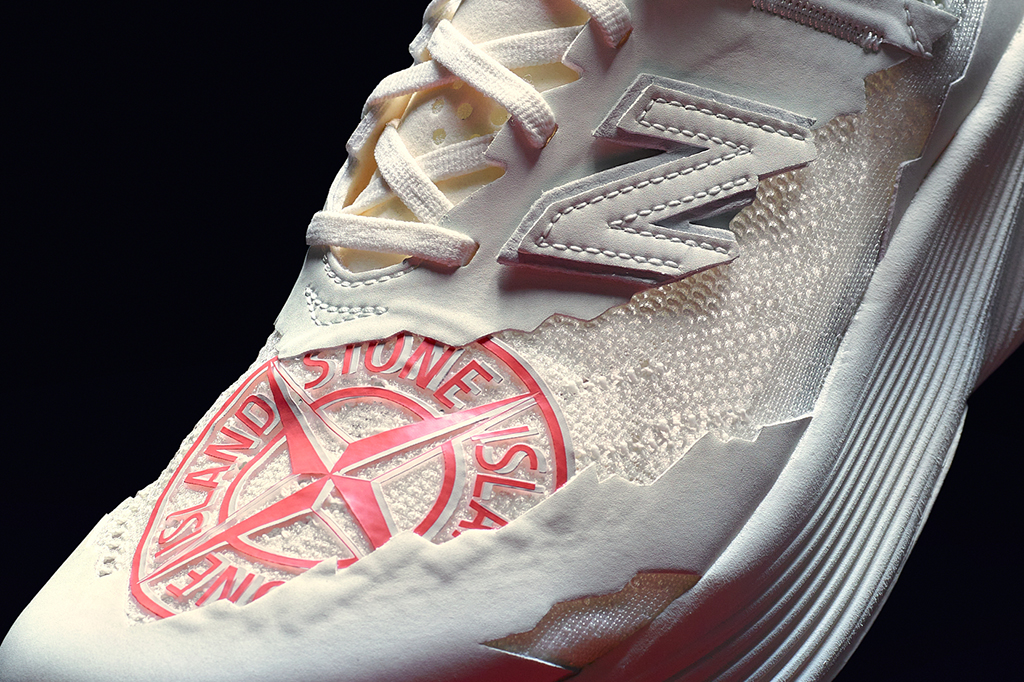 Well, there was more than meets the eye. Indeed, the tech behind the sneaker is cutting-edge: 3D printed upper, FuelCell technology, carbon fiber plates, the list goes on. Those who purchased the sneaker instantly fell in love with the comfort and feel of the shoe. Made for performance and durability, made to last and keep you cushioned. And that was the main aim of the shoe, it just took a while for fans to realize.

When they did, however, the sneaker regained popularity. Prices are continuing to rise, demand has gone up significantly, the appreciation of this weird collab has proven to be a large success. Never underestimate two pioneering brands, even if the first result might dazzle you at first. At least one Travis sneaker has to be included in this list. The “Travis Effect” literally describes how sneakers that are hated at first can become the most sought-after shoes on the market, simply through successful marketing and sufficient fit pics. The Travis Scott x Nike Air Jordan 1 (High and Low) are probably the best examples of this.

When the first sneak-peeks of the reversed swoosh on an AJ1 surfaced, people were visibly annoyed. Complaints about the lack of creativity, boring design, no real reference to La Flame himself, just a weirdly looking Jordan. However, it didn’t take long until this perception changed. 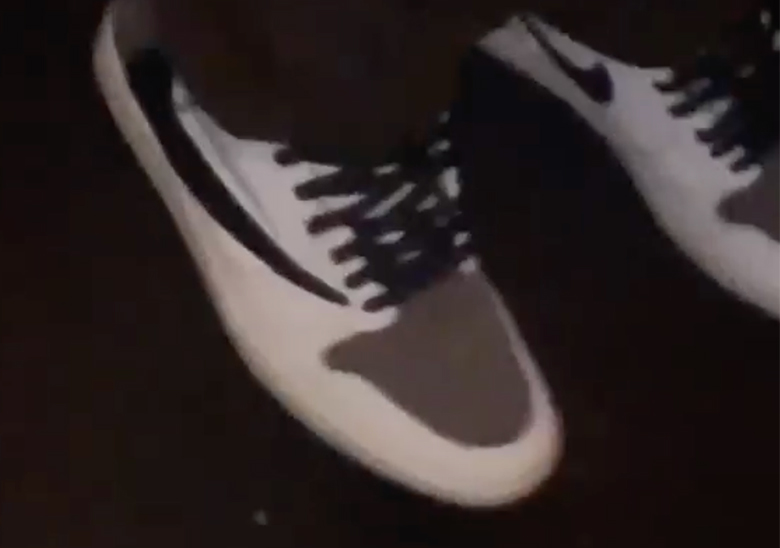 Leaked Images of the Travis Scott Jordan 1 back in 2018

Years later, the reversed swoosh has established itself as the signature Travis Scott feature on sneakers. Instantly recognizable, distinguishable from the rest, the easiest yet boldest trademark of the Houston-born rapper. The rest of the TS AJ1 is history. Resell skyrocketed into unexplored orbits, surpassing any levels of hype previously experienced in the game, strong enough to even pull up resell prices of other Travis Nikes.

The Travis Scott x Air Jordan 1 isn’t really special in itself. No masterpiece design features, aesthetics are mid, colourway exists as a GR. However, what seemed to be a disappointing collab at first has now evolved into one of the most sought-after sneakers of all time. The ultimate grail for many collectors. Unaffordable. 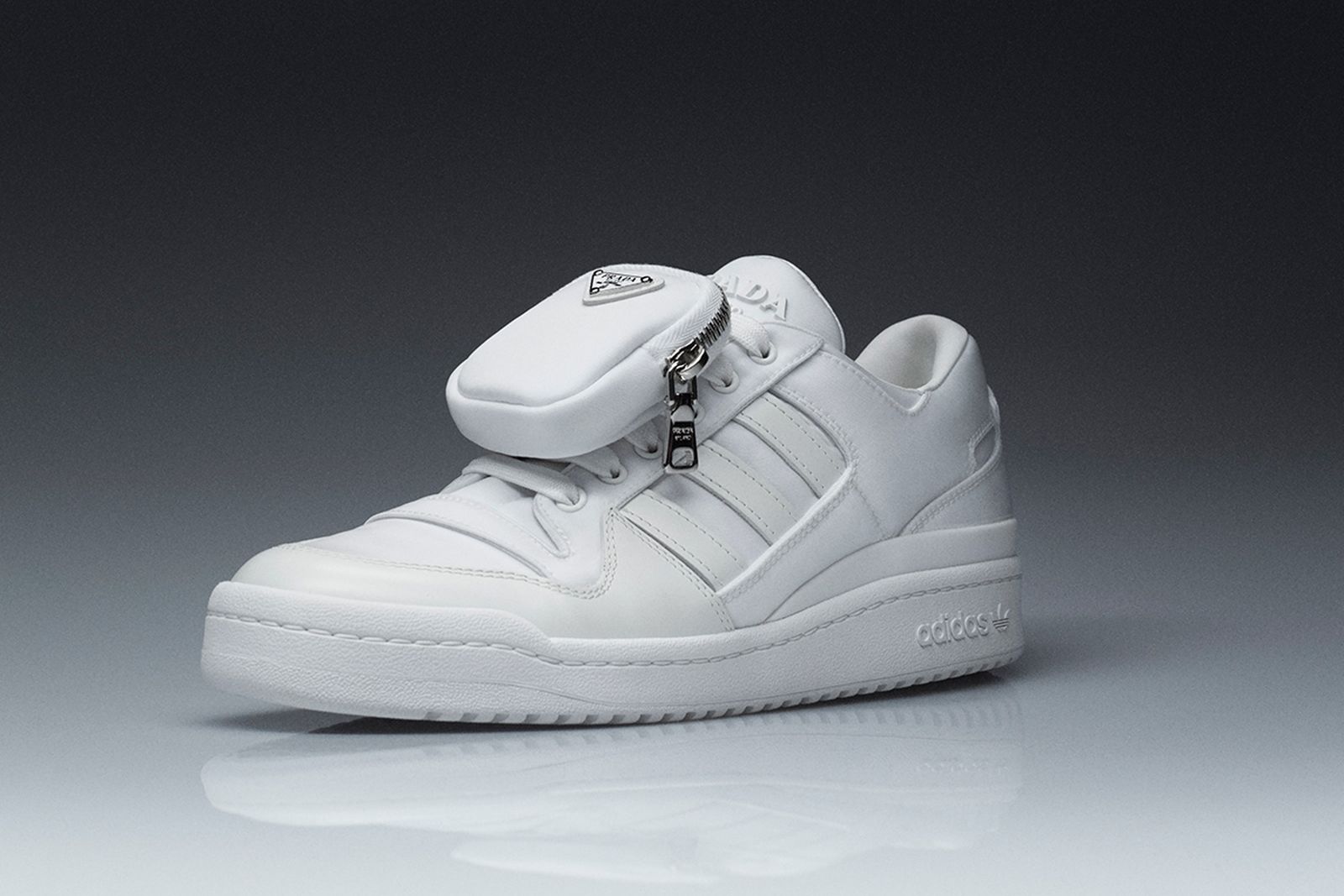 When rumours about a possible collab between adidas and Prada first surfaced, people had sky-high expectations. Adidas did a great job at bursting this bubble, by releasing a set of ultra-ugly superstars in partnership with the Italian luxury label. The silhouette is 2016, the look was nothing special, and the retail price was way too high. A few months later, however, the second iteration of the collab was announced. The Forum Low, one of the most popular adidas sneakers at the moment saw the Prada treatment. Again, fans were somewhat disappointed, also by the 600€ price tag, but there was more than met the eye this time. 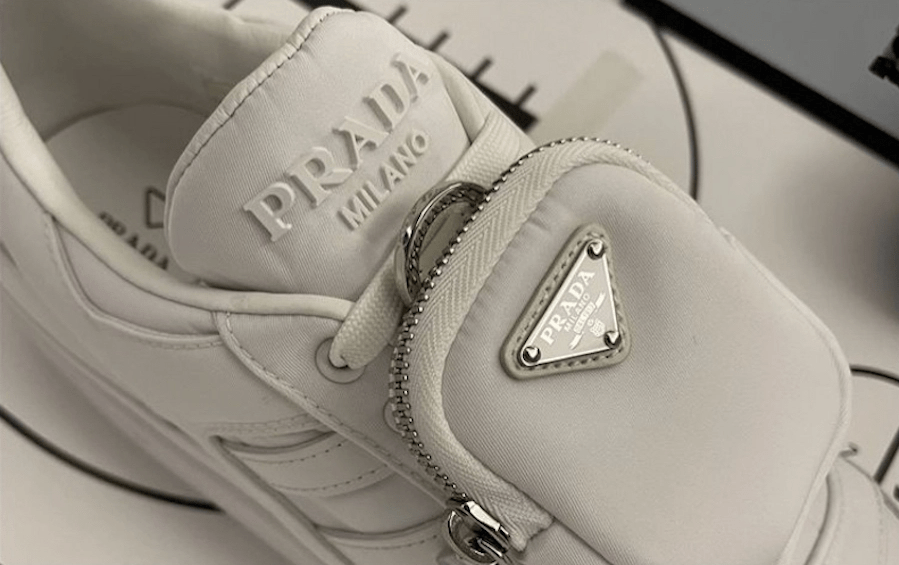 Instead of the sneaker just being remade with better leather and adding a small Prada label at the bottom (like the Superstar), the Forum featured the beloved Prada zip pouch as an accessory on the lacing system. While the detail itself is fairly simple, the result is distinguishable from all other adidas silhouettes and collabs, and instantly recognizable as a Prada design.

The second scoring point: it’s recycled. Made from reconstructed Nylon, the adidas x Prada Forum Low adds a sustainability aspect, which is already playing a key role in the sneaker industry. While the hype around the shoe is not insane, it’s only a matter of time before the shoe goes viral.

Crocs x Anybody (and Balenciaga)

I guess there are very few Crocs collabs where every sneakerhead is instantly delighted. The base shape of the classic Croc is just not aesthetic, an ugly rubber shoe with holes all over and a racing strap on the heel. Therefore, to really make a Croc collab worthwhile, creativity is needed. And boy, do we have plenty of absolutely crazy takes on the clog. While the likes of Nicole McLaughlin and Salehe Bembury have shown creative genius with their take, Balenciaga arguably is the best worst Crocs collab we have ever seen. 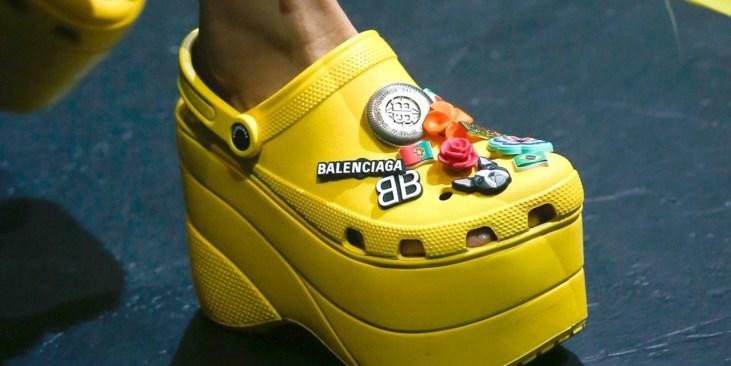 Originally thought to be a PR-stunt joke, the shoe actually went into production in several forms. Super high platform soles, a high-heel Croc, and the infamous Kanye-worn Croc Rainboot. The latter is probably the best example of the worst collab of all time, which evolved into one of the most impactful sneakers of the decade. 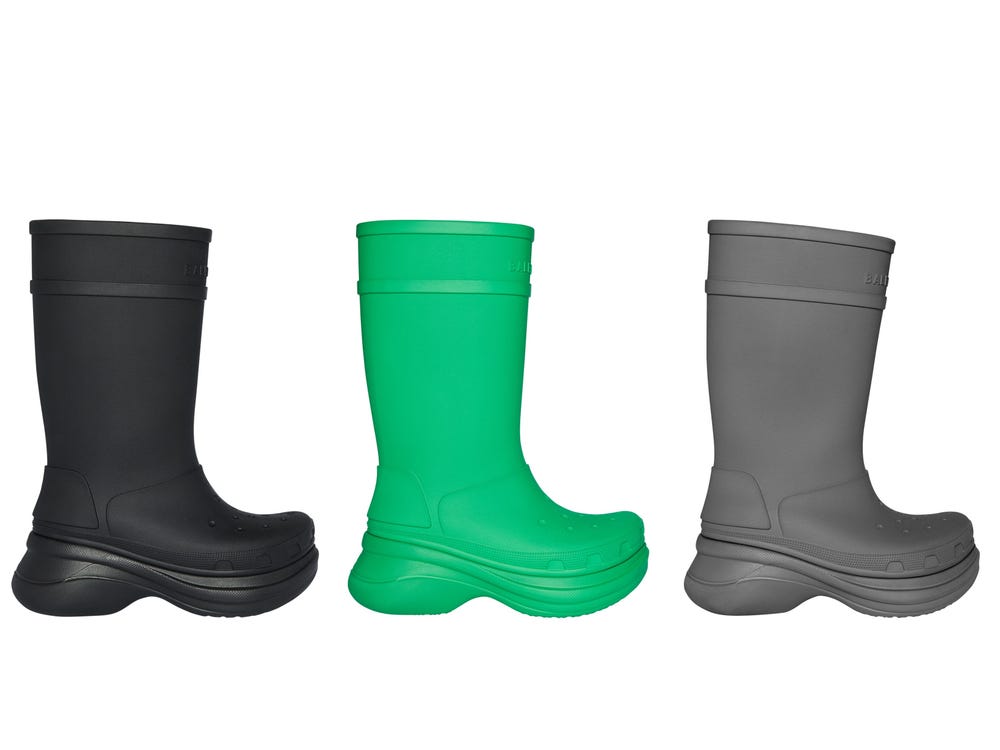 From satire to fashionable, the knee-high boot constructed entirely from rubber with even the holes patched up now sells for above retail prices. People have become so convinced of Kanye’s new all-black Balenciaga outfits that even this disastrous piece of rubber has achieved grail status for some. And I’m not gonna lie, it’s growing on me too. 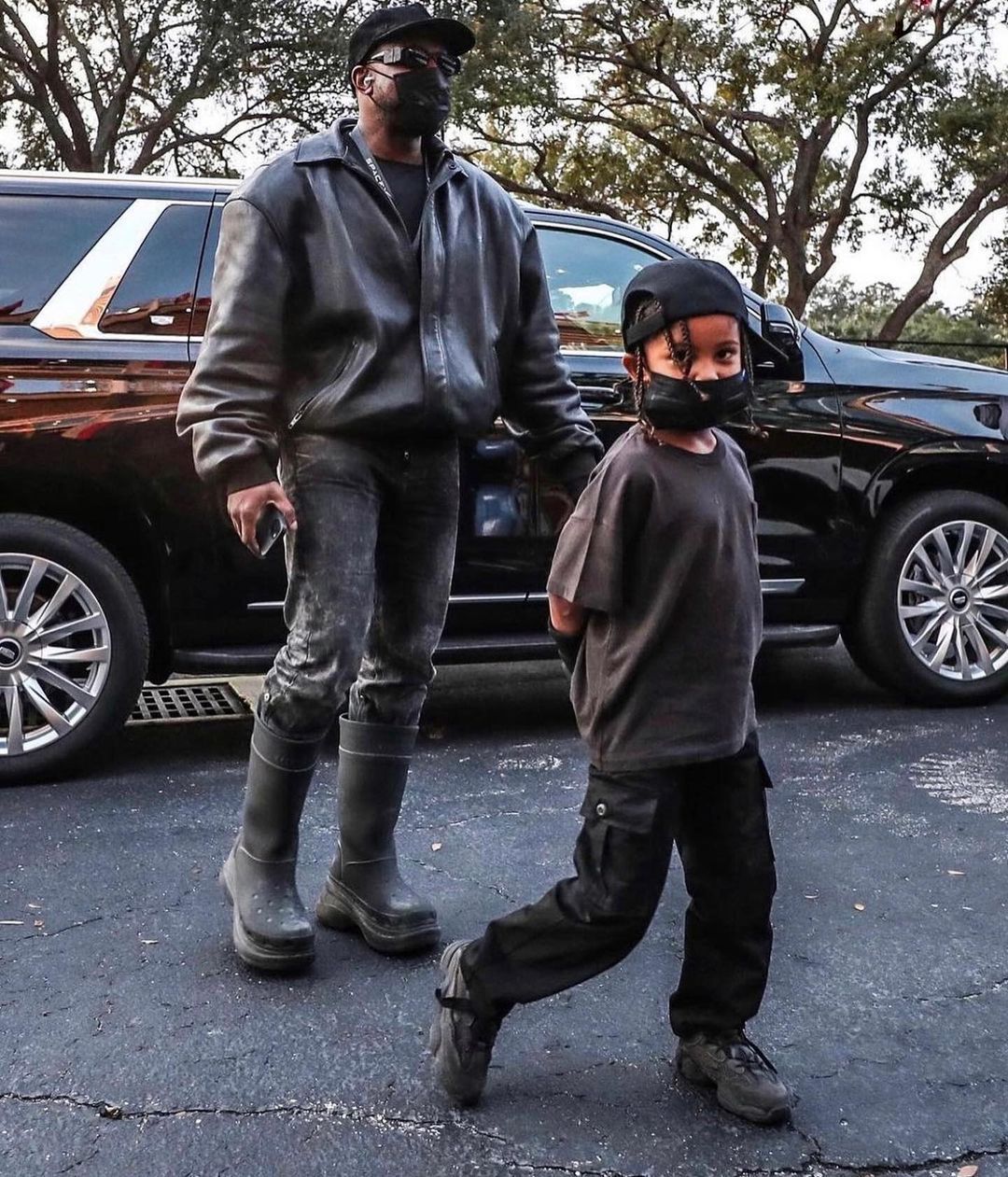 Which collab changed your mind after time? Which ones will never make your cop-list? Let us know in the comments below.