2022 was filled with great releases, making it hard to select just 10 sneakers,  especially in today's sneaker game. Now, what are the best sneakers of 2022? Why aren't your favorite sneakers in the list? How does the New Balance brand have so much hype now?

We're glad you asked all those questions but we're certainly not going to give away the answer to that first one just yet, for that you're going to have to scroll down 😉.

We have listed 2022's best sneakers just for you. 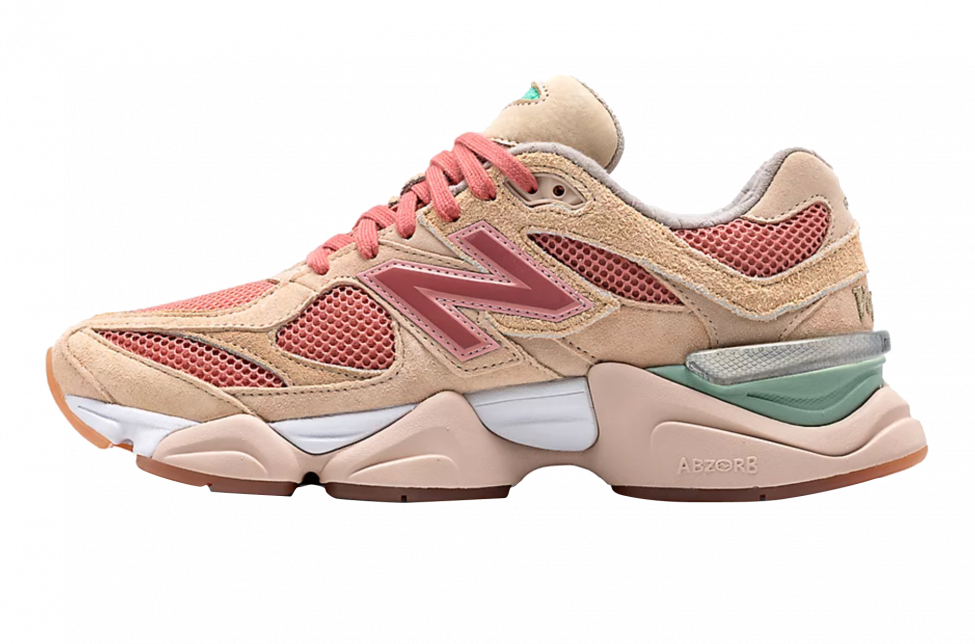 You probably saw Joe Freshgoods make an occasional appearance this year in 2022. We can personally say he was one of the most active collaborators of the year, with a plethora of constructions in New Balance's long line. Of course, we must also not forget 2021 when he led his "conversations Amongst Us" campaign. As a result, it was his "pennie cookie" collab with the silhoutte of the new balance 90/60 that made most people turn their head for its neutral composition and homage to the windy treat. The perfect example of an organically hyped sneaker. The M2002R Protection Pack by New Balance was originally planned to be a standard general release, but fans were so dazzled by the experimental take on the classic silhouette that this sneaker became one of the most talked-about shoes of the year.

The Protection Pack is designed to encourage wear-and-tear. Alongside the aesthetic genius, the distressed finish also encourages users to not be afraid to un-deadstock their pairs and wear the shoe as intended.

The Light Artic Grey is arguably the most hyped colorway of the collection, with monochromatic blue/grey shades encapsulating the distressed upper. Drake definitively did something to the community with this one. He first teased his Nocta Hot Step Air Terra's in the "Laugh Now, Cry Later" and then made fans wait almost a year to cop. At least, if they managed to cop a pair. This gem sold out fairly quickly and was crowned one of the boldest drops in 2022. The upper is made of white perforated tumbled leather, but it's the details that make them pop, from the metal swoosh to the Air Max cushion. Kobe Bryant fans were waiting for a sequel after the Black Mamba's existing contract came to an end in 2021. The fans were of course extremely happy because a year later both parties agreed to an extension, which meant a fruitful future of Kobe footwear. The first was the sentimental "Mambacita" Protro, designed with Gigi Bryant in mind. The shoes came out on May 1 - the date of Kobe's late daughter's Sweet 16 birthday - and later in August for Los Angeles residents.

The Nike Kobe 6 is one of the most important Nike Basketball models of the past 20 years. Its popularity as an on-court sneaker is evident on a nightly basis at courts across the world, at all levels of play. But despite lacking the flash of hyped versions like the lime green “Grinch” or rare player exclusives, the “Mambacita Sweet 16” tells a story that’s bigger than the model itself.

Union LA and Nike have established their spot amongst the top collaborators in the current sneaker industry. After their immense success on the reworked Jordan 1 and Jordan 4, the duo has returned for a take on the most popular silhouette. The Dunk Low Passport Pack Argon pays hommage to the three cities that became the heritage of Union LA, featuring details from NYC, LA, and Tokyo. A translucent synthetic upper acts as a tear-away cover of the actual leather base, dressed in a light and dark blue. Orange and Red details further nod to the sneaker boutique's colour scheme, while a white midsole and Argon outsole finish off this silhouette. After space-artist Tom Sachs' immense success with his Nike Mars Yard, which has resell prices soaring through the roof, the designer is back with a new line-up of sneakers in collaboration with Nike. Termed the "General Purpose Shoe", this sneaker takes many of Nike's classic design elements that converge to result in one of the most durable and comfortable Nikes of all time.

The sneaker rests on a three-piece molded cup sole to add comfort, traction, and cushioning simultaneously, while a microfibre collar and an ultra-breathable knitted upper keep the sneaker light and breathable.

It's a futuristic sneaker in the form of a classic, reminiscent of the 1980's, but constructed to last until the 2080's. Take an incredible sneaker and reverse the colourways, the result is guaranteed to be insane. At least with Travis Scott's take on the Jordan 1 Low, the reverse design may actually be better than the OG. Based on its 2019 inspiration, the Reverse Mocha takes the contrast approach, with a Mocha brown suede base overlay by light grey leather panels. Off-white details can be found on the laces, swoosh, and midsole, to create a vintage-aesthetic that fulfils the sneakers motif.

Travis' signatures can be found in the form of Cactus Jack branding on the medial side and tongue, as well as an embroidered CJ logo on the heel. Further, the reversed swoosh makes this sneaker instantly recognizable as a Travis-Shoe.

One of the cleanest and most sought-after sneakers of the year, and it's on its best way to reach grail status. The long-awaited 'Orange Lobster' Concepts x Nike SB Dunk Low collab is finally here!  Concepts Nike SB Dunk “Lobster” series began in 2008 when the duo delivered the original red-based colorway of the project. The duo followed it up a year later with the "Blue Lobster" release as well as creating the rare friends-and-family exclusive "Yellow Lobster" colorway. The brands celebrated the 10th anniversary of the project in 2018 by combining the red and blue pairs as well as the blue and yellow makeup to create the  "Purple Lobster" and "Green Lobster" colorways.

But for the Orange Lobster, varying shades of orange are applied to the nubuck upper, featuring lightly speckled overlays and a tonal Swoosh outlined in white. The sneaker sits atop a traditional cup sole, featuring black sidewalls and a grippy orange rubber outsole. We can say nothing but that the "Lost And Found" is the most requested sneaker of the past half decade, Inspired by the famous "Chicago" colorway it finally saw the light of day in November 2022. To release just another new Chicago shoe didn't seem like a good idea to the Jordan Brand. So they decided to add a layer of story-telling to the release, adding an aged effect to the shoes and shoe box while inserting that old fake receipt from the OG Sandy Bros. Sports Depot. With the name "Lost And Found," they really wanted to create a link to the old traditions, deadstock pairs that just sat on the shelves of retail stores. Virgil Abloh, whose work lit up the sneaker game made these sneakers a reality. As noone would have tought, was he the one that brought a brand like Nike and Louis Vuitton together and monogrammed the iconic Air Force 1 in a way that referenced the bootleg styles of decades ago. The result is a group of shoes that was brought to retail by Abloh in 2022

Virgil Abloh was a designer who made shoes an authentic product. We can truly say that this sneaker of the year was one that was virtually unattainable for the ordinary sneaker enthusiast. As usual with louis vuitton products, many of the pairs (sold exclusively through Louis Vuitton stores) went to customers who were known to spend large sums of money at the brand. You probably won't have seen this sneaker in real life or perhaps in some grail case of a resale shop. We do have to consider that the exclusivity of such a shoe can sometimes damage the shoe itself. But not to worry you can always turn to something more mundane like a Panda dunk or a Jordan ;). It is a fact though that such models reflect more of what happens to the sneaker game in a year. But no other shoe of this year - exclusive or not - for sure, no other possibility was the Louis Vuitton x Nike Air Force 1 Low.